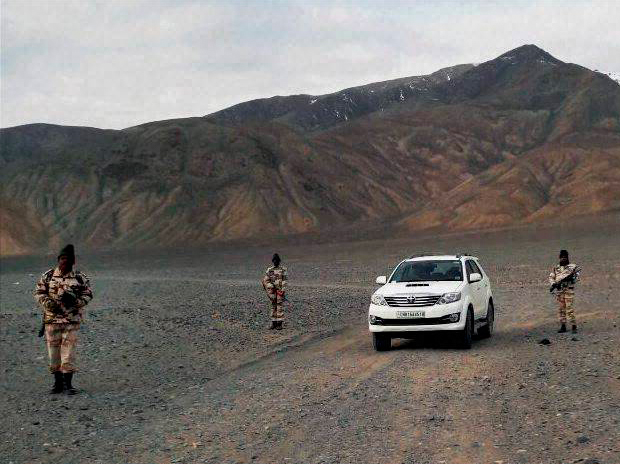 Close on the heels of Chinese “transgression”, Bharatiya Janata Party (BJP) leader Tarun Vijay has said large-scale migration of people from Uttarakhand’s border villages have left the areas vulnerable to the “enemy”.

In a statement here on Thursday, the former Rajya Sabha MP said people have been migrating from the remote border villages in search for better career opportunities and underlined the need to strengthen infrastructure and basic health and education facilities to rein in the trend.

He termed the large-scale migration as a major factor behind the threat of Chinese incursions.

“Deserted border villages in the mountains devoid of human activity are an open invitation to the enemy. There is an urgent need to strengthen infrastructure in border areas, especially in the Himalayan side, as the population is fast leaving their age-old habitats for better career prospects,” he said.

Describing Bara Hoti in Chamoli, and Gunji and Milam glaciers in Pithoragarh district as the worst-hit by migration, the former MP said he had trekked 105 kms from Munshyari to Milam and the whole stretch looked deserted.

“Entire region looks deserted and only a few families have been left in this stretch known all over the world for musk deer and Bhojpatra jungles. The poachers as a result are having a field day,” he said.

He said while China has built a pucca (metalled) road upto Milam, Indian soldiers have to walk three days to reach there, carrying their weapons, luggage and sundry items.

“It is urgently needed that such sensitive border areas on the Chinese side are given the best of infrastructure and medical and communications systems so that people do not make these areas barren and devoid of any human activity,” he said.

As for the recent Chinese activity in Bara Hoti area of Chamoli, Vijay said everyone should wait for the Home Ministry’s report and added the Centre has a well-established mechanism to deal with such incidents.