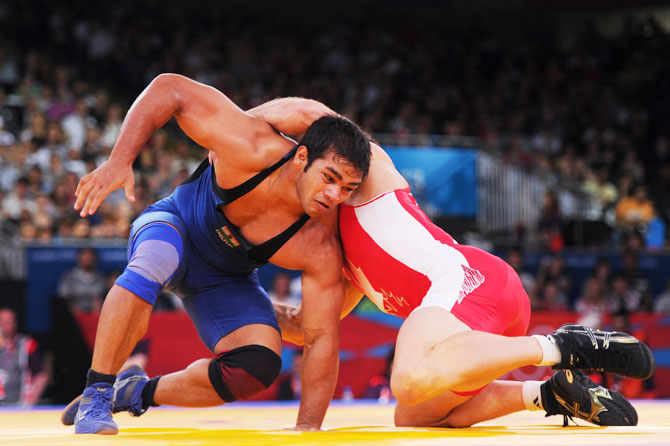 New Delhi: In another blow for India’s Olympic contingent Narsingh Yadav, it seems his dream to get a medal for India in Olympic has been shattered as  the wrestler failed a second dope test which was conducted on him on July 5.

It is learnt that Narsingh, already under provisional suspension for failing a June 25 dope test, has also flunked the second test done on both his ‘A’ and ‘B’ samples taken on July 5.

“It’s the same substance that was found in the first test. It was unlikely that it would go out of the system,” a Wrestling Federation of Indian source said referring to banned anabolic steroid methandienone.

Narsingh has been claiming that he has been framed in the scandal by rivals, who, he alleged, spiked his food supplements and meals.

But the 26-year-old’s food supplements have reportedly been found to be clean in tests conducted after his allegations, dealing a further blow to his Rio hopes.

The Maharashtra wrestler had been picked over two-time Olympic medallist Sushil Kumar after he won the quota place with a bronze medal in last year’s World Championships.

Following the doping storm, Parveen Rana was named as Narsingh’s replacement in the 74kg category, a move that has been approved by United World Wrestling.