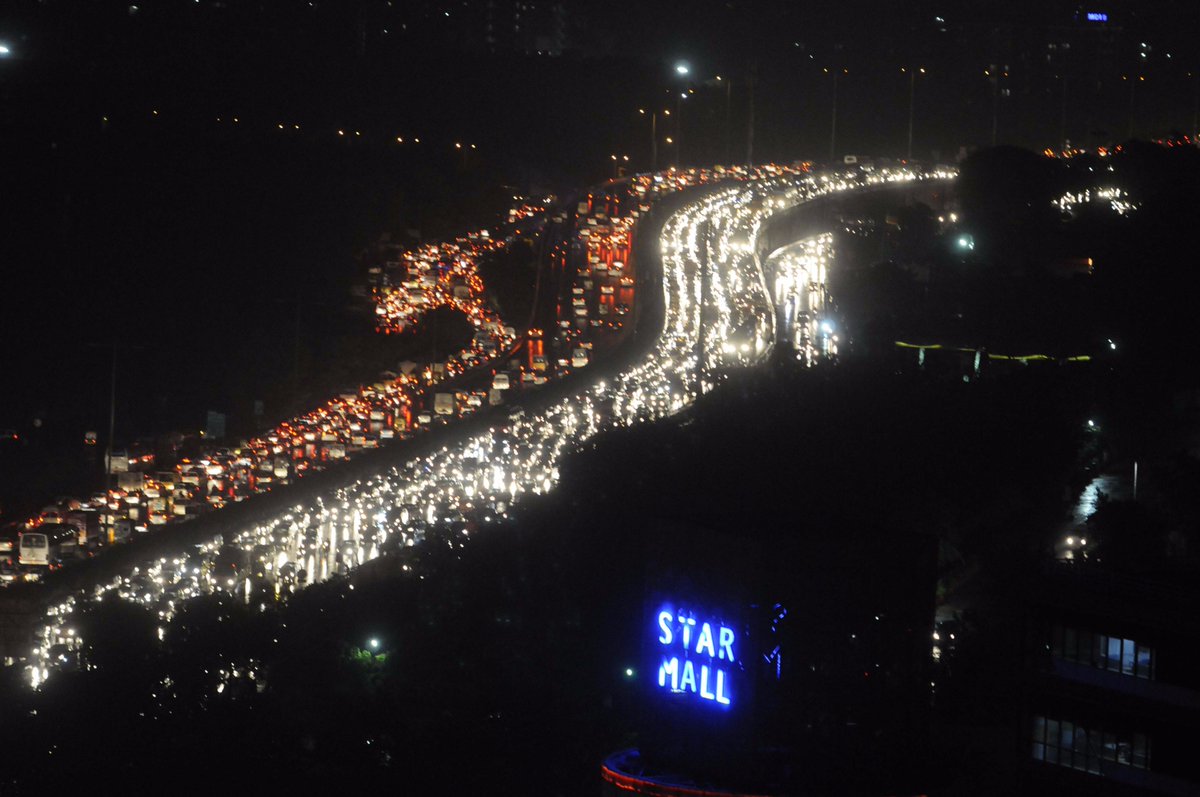 The Indian monsoon has taken its toll on the people of National Capital Region. The busy roads of Gurgaon were drowned in heavy water poured by the Gods.

The Suncity, NH 8 and Sohna road in Gurgaon were still choked when the reports were filed. Subhash Chowk was drowned in 4-ft water. Other place from where the reports came, included, Medanta Hospital area and Hero Honda Chowk. A Massive traffic jam also took over the highways.

Busy roads of Gurgaon drowned after just half an hour of rain. 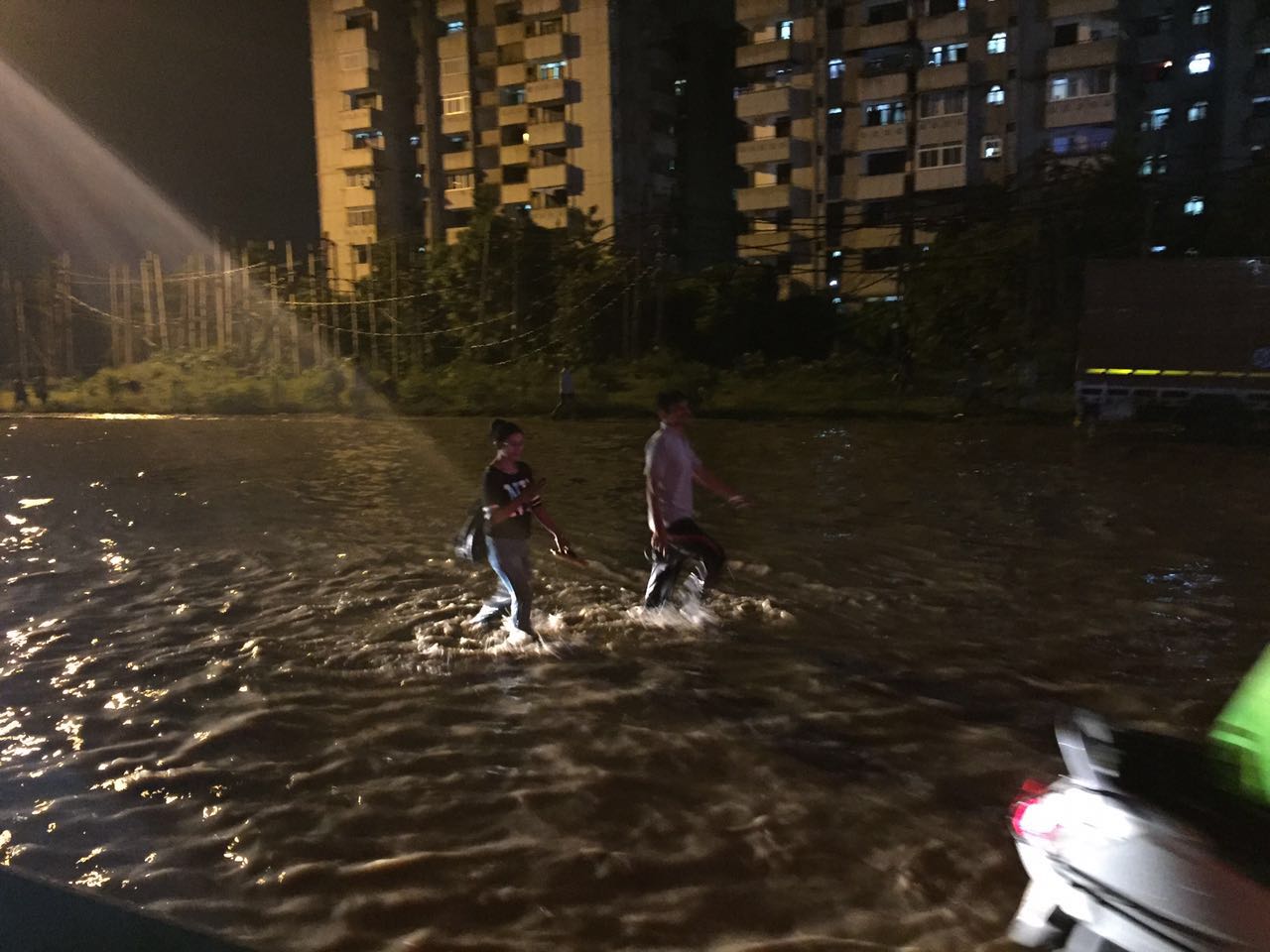 Twitteratis took it to the social media to show their distress. It went out as monster traffic jam.

One of the tweets said: “MILLENNIUM CITY GURUGRAM couldn’t bear 30 min of rain STUCK in TRAFFIC JAM for 2 hrs 20 min on Sohna road. No Traffic police.”

Huge traffic jam in #Gurgaon after the rains.
A friend is stuck on Delhi-Gurgaon road since 5 pm due to water logging.
Almost 7 hours now.

Reporter interviewed few people, one said, “I left office at 5.15pm and was still in the jam”, while this story was written around 10 pm. The traffic hasn’t moved.

Gurgaon, one rain and it comes to a standstill. Some pics for you CM @mlkhattar ! #ManoKeMukhSe pic.twitter.com/xXRjGM7klO

One person said, “I walked from my office at Sohna Road to Huda city centre metro station”. 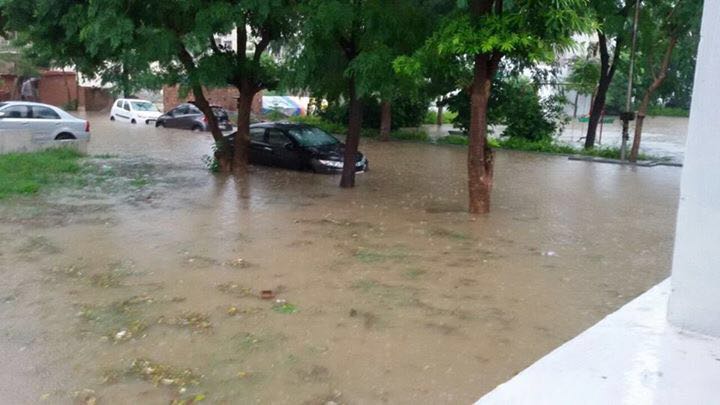 The roads are flooded, ‘it is dirty, muddy, and at places the water is deep’, said another.

MONSTER TRAFFIC JAM: people in #Gurgaon to sleep in stranded cars, horrible scene all over, aghast look for way out pic.twitter.com/Nm6Xmn9qQm

There were people who came out to look over the traffic jam from the flyover. The city became an ocean in urban island of Gurgaon. 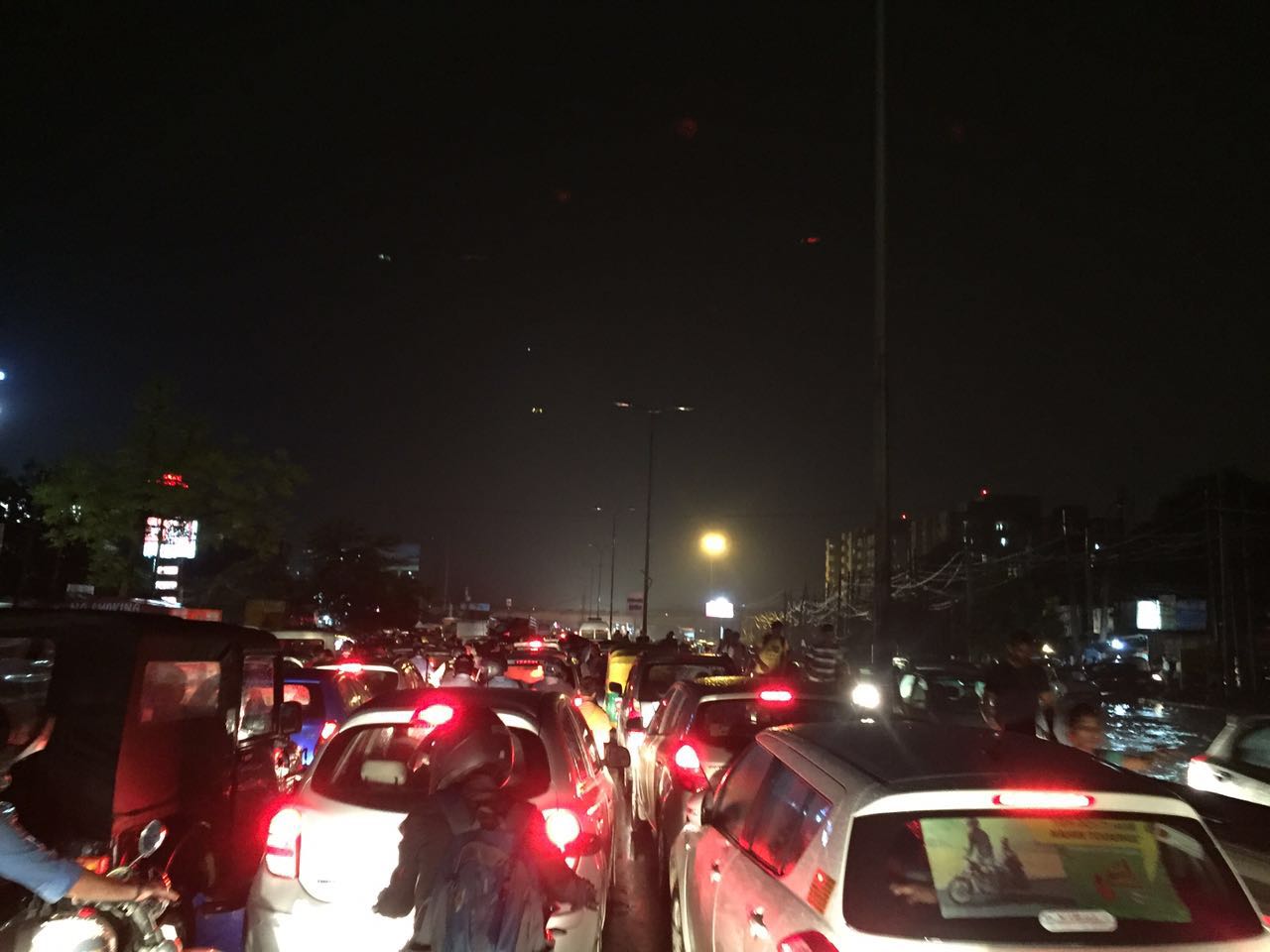