Home Nation The truth behind the Barkha-Arnab war 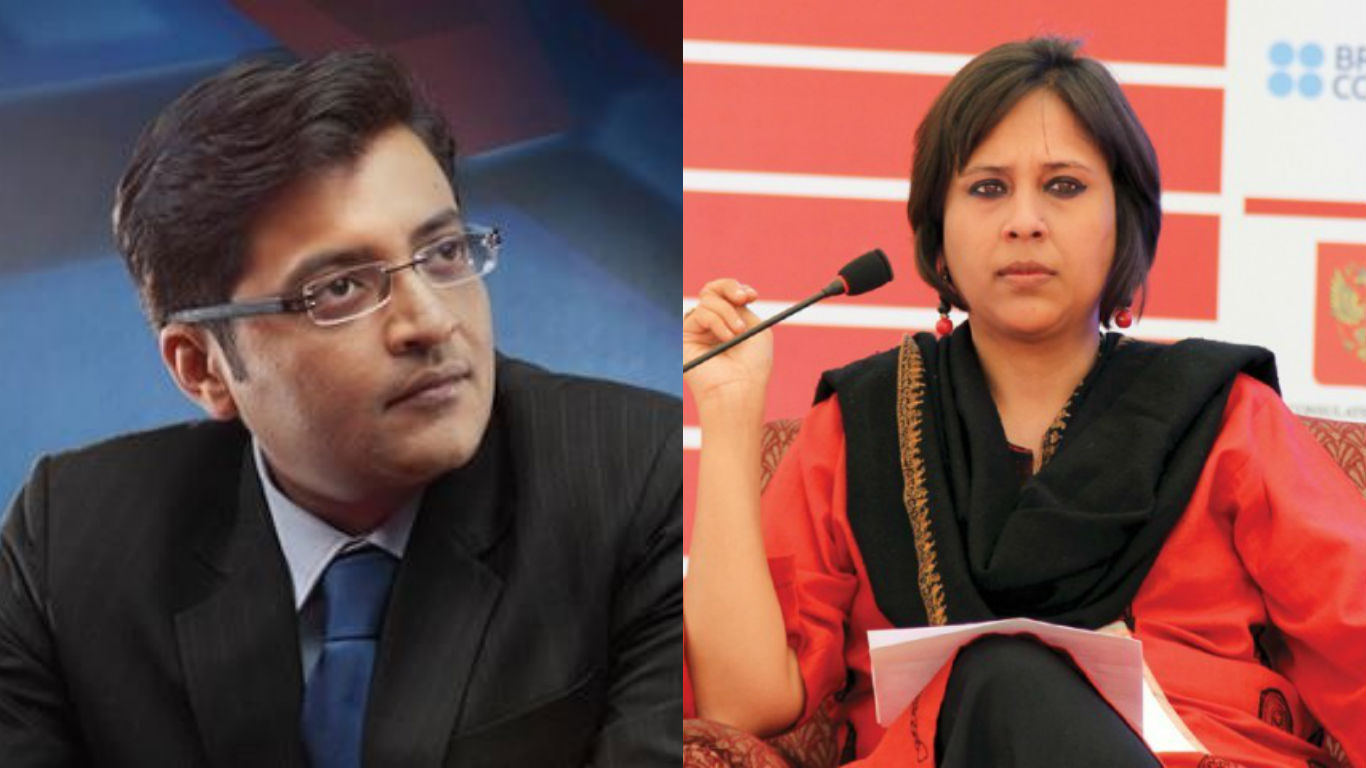 The war is getting uglier and now country’s top media personalities are in the midst of a social media battle with Barkha Dutt taking on Arnab Goswami in a stinging post.

This is what Barkha said

In her Facebook post on Wednesday, Dutt criticised her former colleague for his ‘cowardly hypocrisy’ and even mentioned that she is ashamed to be from the same industry as Goswami who called for gagging of media.

Earlier on Tuesday during Arnab Goswami’s highly popular primetime Newshour debate, Goswami had called some of his rival channels pro-Pakistan and had called for stringent punishment for them,which happened to be on the anniversary of Kargil Diwas.

I’m Taking strong exception to the #ProPakistanDoves term used by him for journalists, Dutt questioned his silence over the alliance agreement between BJP and PDP that commits them to talks with Pakistan and Hurriyat and Prime Minister Narendra Modi’s own Pakistan outreach.

Barkha continued saying she “hopes that she will always be someone whose journalism Goswami loathes as it would kill her to be on the same side of any issue as him”.

“Times Now calls for gagging of media & for journalists to be tried & punished. This man is journalist?I am ashamed to be from same industry as him. What’s striking is his brazen and cowardly hypocrisy. So he drones on and on about Pro-Pakistan Doves without one word on the JK alliance agreement that commits the BJP and PDP to talks with Pakistan and Hurriyat and is silent on Modi’s own Pakistan outreach- neither of which I object to- but since Arnab Goswami measures patriotism by such views why is he so silent on the government? Chamchagiri? Imagine, a journalist actually exhorts the government to shut down sections of the media, misrepresents them as isi agents and terror sympathisers, calls for them to be tried and acted against. And our fraternity remains locked into politically correct and timid silence. Well Im not a shrinking violet Mr. Goswami and no matter how many times you take my name directly or indirectly on your show, I really dont give a toss for your opinion. I hope I will always be someone whose journalism you loathe, because trust me, the feeling is so utterly mutual that it would kill me to be on the same side of any issue as you,” Barkha wrote

This is what Arnab said

“Kargil Diwas is also the day when pseudo liberals should ask themselves to comment on the kargil bravehearts. Especially when they are willyfying our forces operating in the most hostlie circumstances in J&K.

” These narrow sections in some parts of India and media are openly and in the guise of helping Kashmir, they are supporting Pakistan and they call themselves Indian liberals,” Goswami asked .

They are pseudo liberals, they indirectly support Rawalpindi and ISI and Hafeez Saeed. They tried to project Wani as a local guy butchered by army, they are dangerous and try to build a false imagery of Indian army, he added.

Without taking names, he Blamed pseudo journalists are giving details of our army to Pakistan, going on interviews and supporting them.
” The pro pak doves are silent as Pak spreads terror. Across India the anger against this pro pak lobby has grown,” he said .

Here’s what Arnab had said:

Barkha Dutt was recently in the storm over Hafiz Saad the LeT supremo praising her in an interview, which evoked a strong reaction on Twitter by her. But clearly the real thing is that many TV anchors are rattled at the popularity of Arnab Goswami whose style of journalism has been embraced by the Prime time news watchers in India.

The rivalry is not new it started when all of them were working under Prannoy Roy in NDTV as young reporters. While Barkha was the favourite of the Roy’s, Arnab despite all the hard work and great anchoring skills was given a cold shoulder. He left NDTV and created a niche for himself and got Times Now to the summit of TV journalism with his hard hitting style compared to the muted style of NDTV. Both were clearly on the different sides of the spectrum, at NDTV Barkha got coveted assignments and while Barkha managed great access in Pakistan and got some big interviews, with his tough views Arnab and his television network Times now was always on the black list of the Pakistani establishment.

While in his shows Arnab has hit out against those who have been soft on Pakistan, the latest battle is also about the media coup that Arnab managed with the PM’s exclusive interview. In journalism such scoops carry a lot of weight and many in our fraternity ascribe this rivalry to that. Both have been fine journalists and have had their share of hits and misses. While Goswami has chosen not to be on social media and be silent, certainly the social media buzz on this Arnab-Barkha fight is not going to die down any time soon.