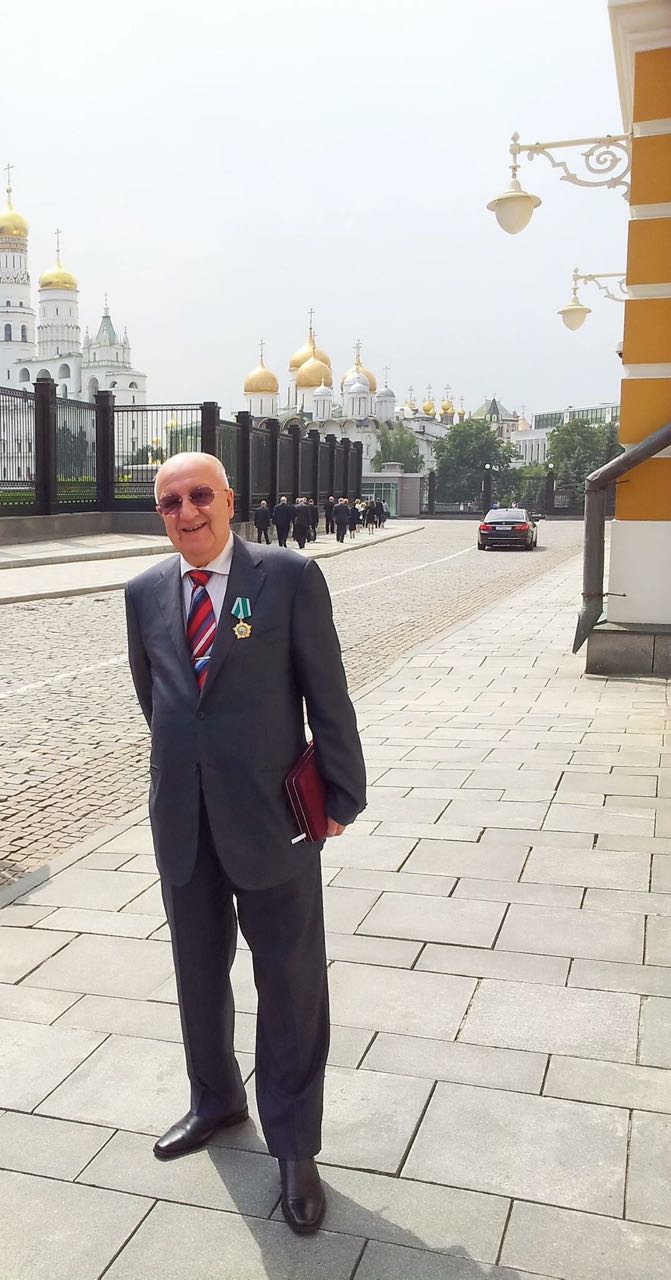 Russian Ambassador to India Alaxander Kadakin got his Birthday present when he was honoured with the Order of Friendship at the St. Catherine’s Hall of the Grand Kremlin Palace in Moscow.Chief of Staff of the Russian President,Mr Sergey Ivanov awarded the Order to Mr Alexander M. Kadakin, Ambassador Extraordinary and Plenipotentiary of the Russian Federation to the Republic of India.

The Russian Envoy was working for decades to boost mutually beneficial cooperation and promote better understanding between the two nations both in his official capacity and, through his writings, as a highly professional scholar of India.

He is a key figure in making Russian-Indian strategic partnership stronger. He has also taken steps for spreading Hindi as an official means of communication.

The Order of Friendship is awarded to Russian and foreign nationals for special merit in strengthening peace, friendship, cooperation and understanding between nations, for fruitful work on the convergence and mutual enrichment of cultures of nations and peoples; for the active conservation, development and promotion of the cultural and historical heritage of Russia; for great contribution to the implementation of joint ventures with the Russian Federation, major economic projects and attracting investments into the economy of the Russian Federation; for broad charitable activities.

Russia has also bestowed “order of friendship” on R. S. Sundar, the director of Kudankulam nuclear power plant in India as a sign of strengthening ties in 2016.