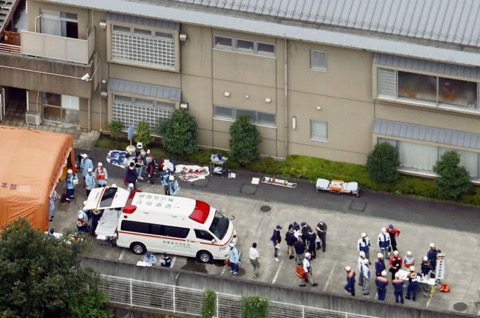 In one of the deadliest attacks in Japan since the Second World War, at least 19 people were killed and as many as 24 wounded by a knife-wielding man at a facility for the disabled in Japan early on Tuesday, Kyodo news agency reported.
Police in Sagamihara, Kanagawa Prefecture, west of Tokyo have arrested a 20-year-old suspect, Kyodo reported.
Japan has been peaceful and the last big attack was when a sect mounted a Tokyo di way attack with Sarin gas in 1995. This is a developing story