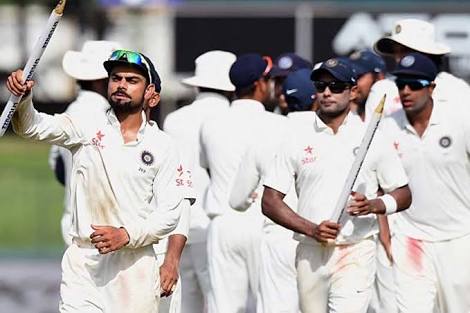 After a magical batting inning on the third day of the first test match between India and West Indies, R Ashwin rocked the floor with the ball on the fourth day as well by taking 7 wickets. Ashwin’s powerful bowling with accurate line and length, made him star in India’s biggest win over West Indies.

The beautiful inning of R Ashwin with bat and ball made him first Indian to complete the double hundred and a five-in-a test twice. On the fourth day, when the match was started after lunch, India required the eight wickets to conclude the match. Before the lunch break, Ashwin was the only wicketless bowler from the Indian side, the hide and sick by weather delayed the match for fifteen minutes but after the break, it was all Ashwin. He bowled 25.0 over and took 7 wickets by giving 83 runs. For his outstanding performance, he received the man of the match award.

It is coincidental that Ashwin started his test cricket career against West Indies, in his maiden test he took 9 wickets the second-highest by an Indian debutant after Narendra Hirwani.