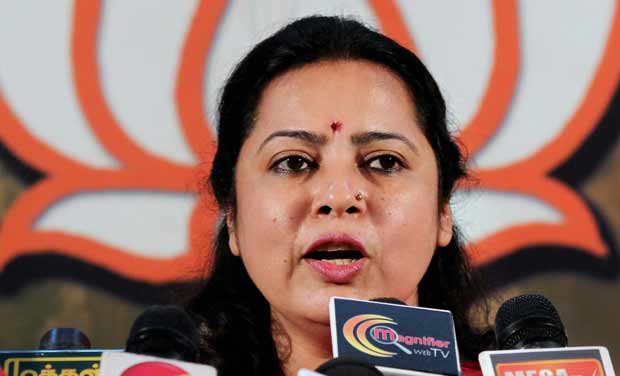 New Delhi: BJP MP from Delhi, Meenakshi Lekhi, has been appointed as the chairperson of the Committee of Privileges of the Lok Sabha.

She replaces SS Ahluwalia, who resigned on July 18 on his appointment as a minister.

“The Speaker has appointed Meenakshi Lekhi as Chairperson of Committee of Privileges vice SS Ahluwalia who resigned from the Committee,” a Lok Sabha bulletin said.

Mr Ahluwalia has also resigned as the Chairperson and member of the Joint Committee on the Right to Fair Compensation and Transparency in Land Acquisition, Rehabilitation and Resettlement (Second Amendment) Bill, 2015 on his appointment as Minister.

He has been replaced with BJP Lok Sabha member Ganesh Singh.

It determines with reference to the facts of each case whether a breach of privilege is involved and makes suitable recommendations in its report.

It also states the procedure to be followed by the House in giving effect to the recommendations made by it.

The Speaker may refer to the Committee any petition regarding disqualification of a member on ground of defection for making a preliminary inquiry and submitting a report to him.