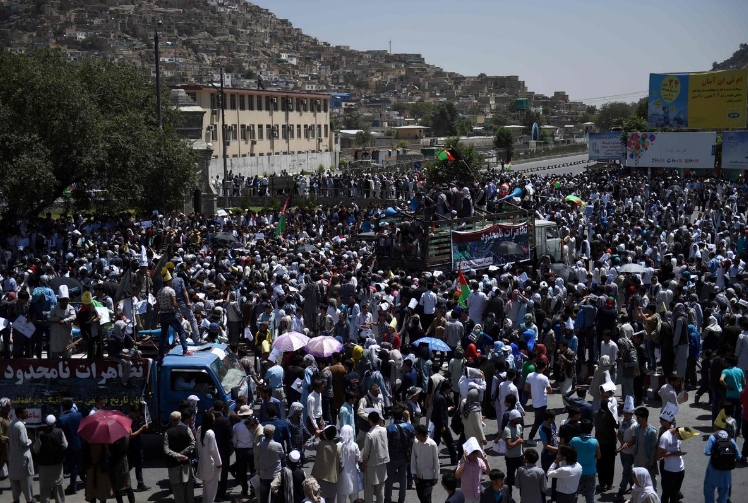 Kabul: At least 80 people have been killed and more than 200 wounded on Saturday in a suicide attack during a protest march in Afghan capital Kabul.

The suicide bombers, who were wearing the explosive belts, detonated themselves in a mass gathering of demonstrators in Kabul. The protest march was organized by Shia Hazara community of Kabul over the issue of a multi-million-dollar power line. The march was in demand changes to the route of a planned power line as it was bypassing areas with large Hazara populations.

The injured were taken to nearby hospital after the blast in Deh Mazang square.

According to reports, eyewitness Ramin Anwari described seeing up to eight bodies in the Demazang area, where protesters were preparing to set up a camp after a four-hour march. He had no further details.

One of the march organisers Laila Mohammadi said she arrived at the scene soon after the blast and saw “many dead and wounded people.”

The responsibility of attack is taken by Islamic State.

Non- Governmental organization Amnesty International said “The horrific attack on a group of peaceful protestors in Kabul demonstrates the utter disregard that armed groups have for human life,”.