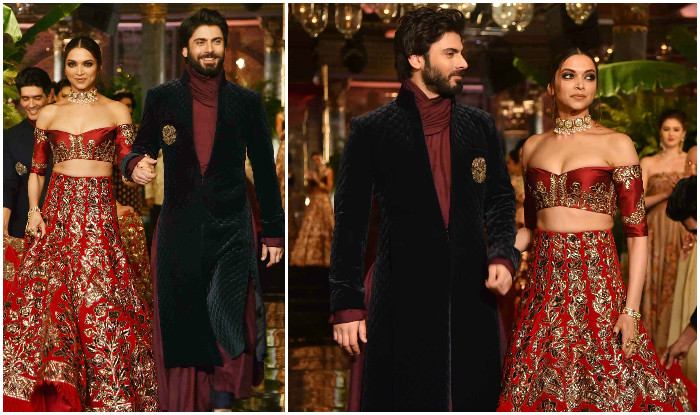 Fawad, 34, made his Bollywood debut with 2014 film “Khoobsurat” in which he was paired opposite Sonam Kapoor. He starred in this year’s hit “Kapoor & Sons”.

The actor said he admires Bollywood actor Jackie Shroff’s “rockstar” style sense. “I love Jackie Shroff’s style. I always felt that fashion is an attitude, it is how you wear, how you carry. I think he is a rockstar of fashion.

On the other hand  Deepika-Ranveer fans, rejoicing their engagement news that was doing the rounds recently, have to pause and give it a look; the leggy lass has put all speculations to rest.

According to the media report, The 30-year-old actress, addressing the rumours was quted saying,

“There is no such plan (marriage) any time soon. I am not pregnant, I am not getting married and I am not engaged.”

The ‘Mastani’ of Bollywood turned the showstopper for ace fashion designer Manish Malhotra on the first day of the FDCI India Couture Week 2016, donning a red traditional wear.