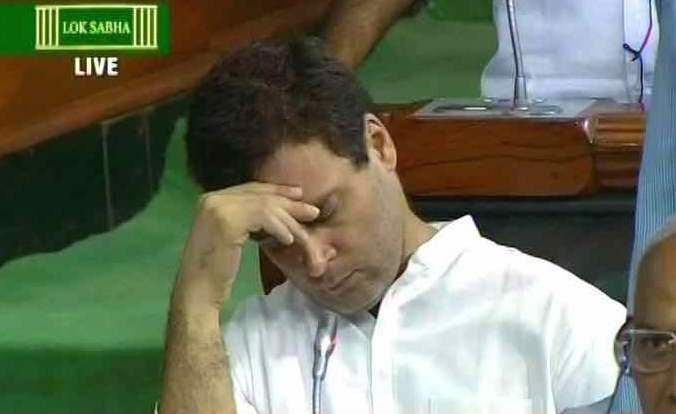 The monsoon session is underway in the Parliament and it seems Rahul Gandhi is not getting enough sleep as Congress Vice-President was allegedly napping in the Lok Sabha on Wednesday while Home Minister, Rajnath Singh was speaking on Dalip protest in Gujarat.

Incidentally, Gandhi is set to visit Gujarat on Thursday.

“If Rahul Gandhi is sleeping, this shows how serious they are about the issue,” BSP supremo Mayawati said, accusing the Congress Party of trying to hijack the issue.

BJP spokesperson Sambit Patra told reporters that Gandhi was the “sleeping prince” who plunge the Congress Party into a “slumber.”

However, Congress leader Renuka Chowdhury gave a clarification on party vice-president’s nap, saying that he was just “resting his eyes”.

Well, this is not the first time Rahul Gandhi had been spotted dozing off in the lower house as in July 2014, Gandhi fell asleep during a debate in the Lok Sabha on price rise. 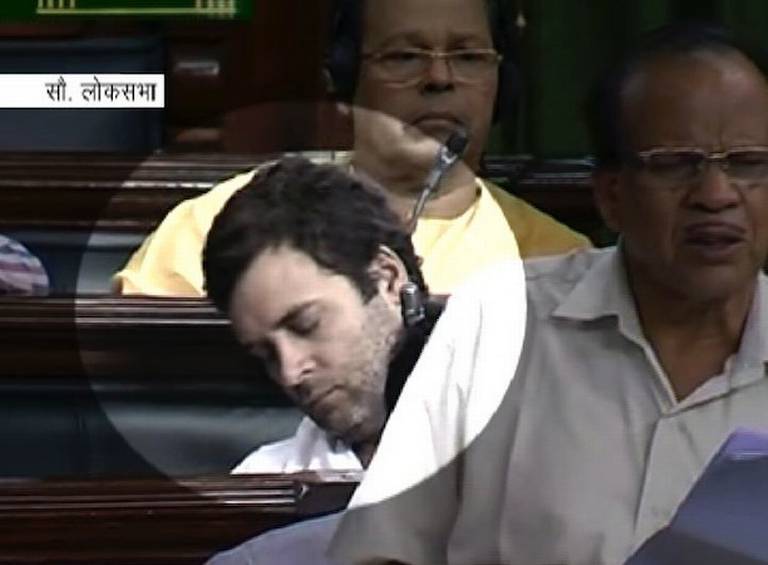