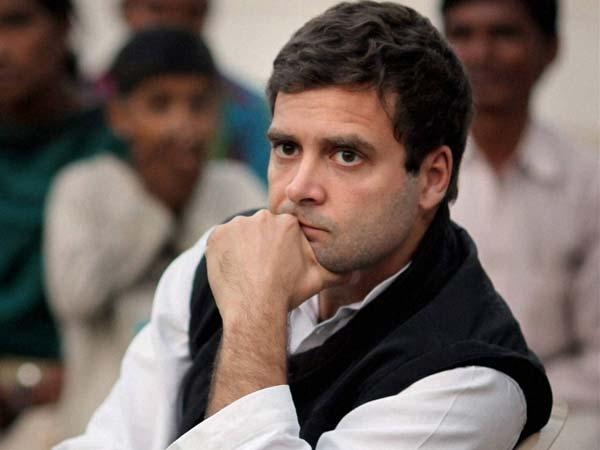 New Delhi: The Supreme Court on Tuesday asked Rahul Gandhi to either apologise or face trial for his remarks accusing that the RSS was responsible for Mahatma Gandhi’s assassination.

“You can’t make wholesale denunciation of an organisation,” a bench comprising Judges Dipak Misra and RF Nariman. The bench added that he cannot make a collective denunciation, “We have held it may be historically correct but the factor the statement has to meet the test of public good.”

Gandhi had earlier moved the apex Court seeking a stay on the Bombay High Court order dismissing his plea for quashing the defamation case against him.
At a rally in Bhiwandi, Maharashtra, in 2014, Rahul Gandhi reportedly took on the RSS saying that “RSS people killed Gandhiji. They opposed Sardar Patel and Gandhiji.”

Reports also suggest that Rahul made fun of senior BJP leaders for claiming credit that they introduced computers to India, while he said, the credit should have gone to Rajiv Gandhi and Sam Pitroda.

Following complaint against Gandhi, the magistrate’s court had initiated proceedings and issued a notice to Rahul directing him to appear before it. Rahul was summoned to appear before the trial court on 6 January, 2015.

The prosecution had opposed Rahul’s petition seeking exemption from appearance and quashing of complaint, and argued that Rahul can plead his case and lead evidence during trial before the magistrate.

The high court had dismissed the petition and refused to grant stay on its order. It had allowed Rahul some time to appeal against the order in the Supreme Court.

The SC bench after perusing the judgement of Punjab and Haryana High Court, said it only says that Nathuram Godse was an RSS worker and added that Godse killed Gandhi and RSS killed Gandhi are two different things.