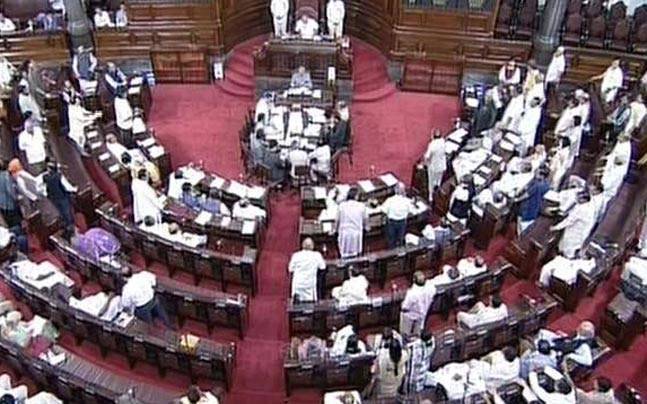 The monsoon session of parliament started on Monday with a heated discussion over the situation in Kashmir.

Gulam Nabi Azad, the leader of opposition in Rajya Sabha, opened the discussion in the upper house on the tense situation in Kashmir by questioning the use of excessive force in the state. He accused the government of not handling the chaotic situation in Kashmir in an adequate manner. The opposition blamed the state government by saying that government has been failed to win the trust of the Kashmiri people. “Should civilians be treated in the same manner as militants? We are with the government in ending militancy but can’t support this treatment of civilians” said Azad.

While responding to opposition, Union Home Minister Rajnath Singh said that Kashmiri people are “our own people who are being misguided”. During the discussion, he stated “our government and the state government have repeatedly asked the forces to use maximum restraint in Kashmir. If weapons have to be used, they must be non-lethal”. In his address, he also gave the details about the loss of lives and properties. According to him estimated numbers of violent incidents in Kashmir were 566 in these incidents, 1,948 civilians got injured and hospitalized. Till now, 1, 744 civilians have been discharged from the hospitals and 204 are still admit in the hospital right now.

He blamed Pakistan for disturbances in the Kashmir valley. In his own style, he said, “Whatever is happening is completely Pakistan-sponsored. The name is Pakistan, but all its actions are ‘napaak’.” Answering to the allegations made by the opposition, Arun Jaitley, said: “the fight is between the country and the separatists and common people are standing with the country, which is in the national interest.” There was a consensus among all the major parties on the issue of terrorism in Kashmir.