It was a paragraph about respect and teaching your children well.

The Republican Convention kicked off in Ohio this Tuesday, which was day one of the four-day program, where Donald Trump will be officially christened as the party’s nominee for president.

Melania, Trump’s wife was one of the star speakers at the opening day, where she gave a stirring speech praising her husband and backing his campaign to become the much sought for POTUS (President of the United States).

All of this seems perfectly normal, and it is, except one tiny piece of information. That speech was stolen, and stolen from Michelle Obama.

Don’t believe us? Check out for yourself. Melania Trump’s speech and the speech that Michelle Obama gave at the 2008 Democratic convention, where Obama was endorsed to lead the party in that year’s election. Here’s evidence from the text that will tell how much plagiarism we’re talking about. 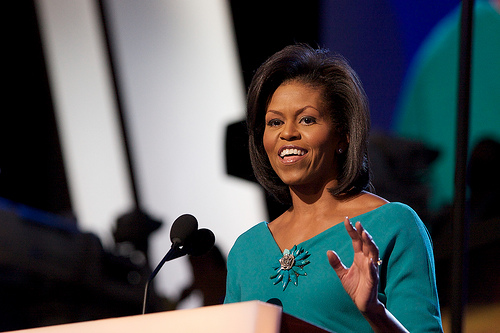 “And Barack and I were raised with so many of the same values: that you work hard for what you want in life; that your word is your bond and you do what you say you’re going to do; that you treat people with dignity and respect, even if you don’t know them, and even if you don’t agree with them.
And Barack and I set out to build lives guided by these values, and to pass them on to the next generation. Because we want our children — and all children in this nation — to know that the only limit to the height of your achievements is the reach of your dreams and your willingness to work for them.”

“From a young age, my parents impressed on me the values that you work hard for what you want in life. That your word is your bond, and you do what you say and keep your promise. That you treat people with respect. They taught and showed me values and morals in their daily life. That is a lesson I continue to pass along to our son. And we need to pass those lessons on to the many generations to follow, because we want our children in this nation to know that the only limit to your achievements is the strength of your dreams and your willingness to work for them.”

Still not convinced? Watch it for yourslef: