Home Lifestyle Predictions; coma patient will wake up in a year 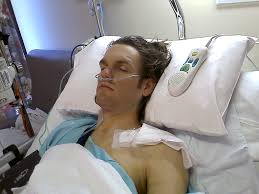 Scientists have found a new way to measure the level of awareness in a brain-injured person who is in coma, and predict whether they will recover consciousness within a year.

The precise diagnosis and prognosis of recovery of consciousness of patients after a severe brain injury is a challenging clinical task, as some brain-injured patients retain certain levels of awareness despite appearing fully unresponsive.

According to the report readily obtainable measures of the amount of glucose (sugar) consumed by the brain can directly predict a person’s current level of awareness, or the likelihood that they will recover awareness within a year.

In nearly all cases, whole-brain energy turnover directly predicted either the current level of awareness or its subsequent recovery, says the study.

It also says that, the findings indicate that there is a minimal energetic requirement for sustained consciousness to arise after brain injury.

Researchers aimed to develop reliable diagnostic markers for the assessment of current and future levels of awareness to complement routine bedside clinical examinations.

They quantified and mapped cerebral glucose metabolism in 131 brain-injured patients, all of whom were suffering from
either full or partial loss of consciousness.

The researchers measured glucose metabolism using an imaging technique in which glucose labelled with a radioactive tracer molecule is injected into the bloodstream.

The results showed that the patients’ individual levels of behavioral responsiveness were strongly linked to their overall cerebral energy turnover.

Patients with glucose metabolism below a well-defined threshold of 42 per cent of normal cortical activity appeared to be fully unconscious and did not recover consciousness at one-year follow-up.

In contrast, nearly all patients with brain metabolic activity above this energetic threshold either showed signs of awareness at the initial examination or had recovered responsiveness a year later.

The cerebral metabolic rate accounted for the current level or imminent return of awareness in 94 per cent patients.

Also Read: 90 % of the strokes are preventable, says new study