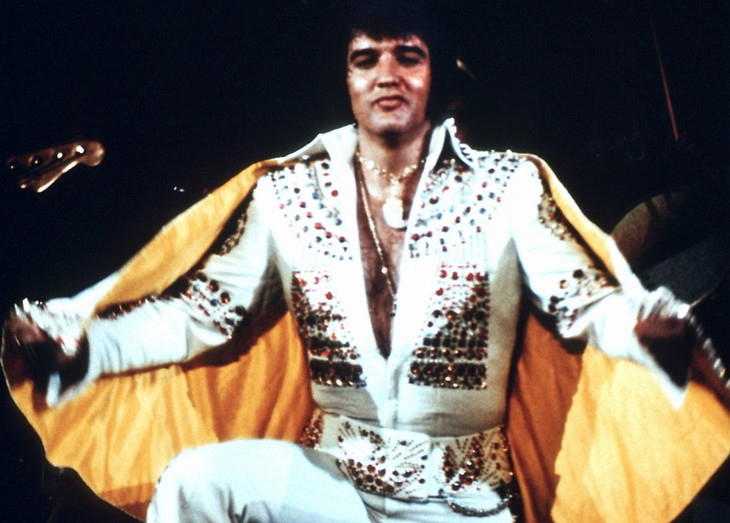 Elvis Presley is an icon and a star to have outshined every other name in the hall of fame. While you may believe that you know every tiny-bitty detail of his life, it is probably not true. And, we bring to you know the 10 must know things about the rockstar’s life that you most likely missed: 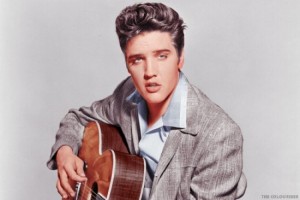 1. Through his career, Elvis recorded more than 600 songs, but he did not write any of them. 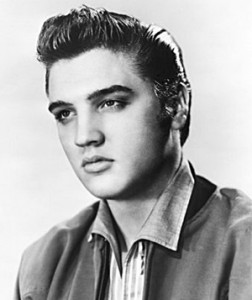 2. When Elvis was only 15 months old, he had a near encounter with death, during the Tupelo–Gainesville tornado outbreak, where at least 700 injuries were reported, and well-built structures were leveled and swept away on the west side of the city. 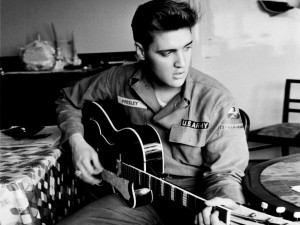 3. Elvis was a very shy kid. At the age of 12, in 1947, he was offered a chance to sing live on a local radio show, but he turned it down because he was too shy to do it. He is even known to have had a bit of a stutter, even later on in life. The first time that Elvis ever recorded was for his mother. He had paid $4 to Sun Studio to press two songs — “My Happiness” and “That’s When Your Heartaches Begin” — as a gift for her. 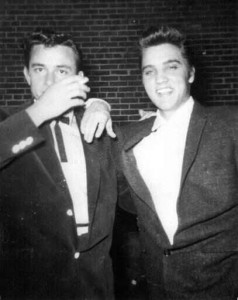 4. Elvis Presley was very close friends with Johnny Cash. The two companions cherished each other’s company immensely and even used to imitate each other. 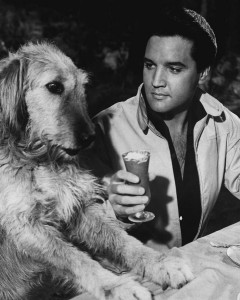 5. Presley had owned a variety of pets throughout his life, and many of them were quite unusual. He had a basset hound, two great Danes, a chow chow, a Pomeranian, several horses, some donkeys, some peacocks and guinea hens, ducks, chickens, a chimpanzee, a monkey and a mynah bird. He even had a pet turkey, who’s name was Bowtie. 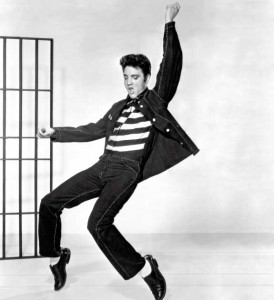 6. After receiving a kidnap-assassination threat, Elvis started performing with a pistol in each of his boots. Otherwise as well, he had always had a fascination with weapons, and over the time had collected many. When he turned 11, he had asked his mother for a rifle as his birthday gift but was instead given a guitar. 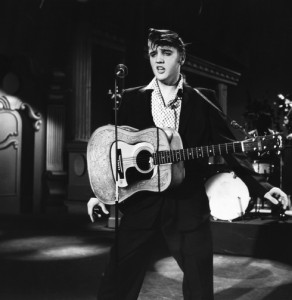 7. Elvis used to frequently change lyrics of his songs, while performing, to amuse himself. One time, while performing “Are You Lonesome Tonight?” in Las Vegas in 1969, instead of singing “Do you gaze at your doorstep and picture me there?”, he sang “Do you look at your bald head and wish you had hair?”

8. Presley’s original hair colour was brown, and not black for which he was known. The first time his hair was professionally colored, the makeup department at Paramount used “mink brown” to make it look black on screen. And once when doing his hair himself, he even used black shoe polish. Elvis also dyed his eyelashes, which ended up causing him health problems later in life. 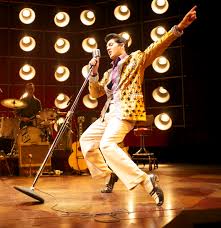 9. Despite the widespread fame, Elvis never actually performed outside of North America. With the exception a few concerts he gave in Canada in 1957, he never performed on foreign soil. According to several sources, this was because Elvis’ manager, Colonel Parker, was actually an illegal immigrant and had feared he wouldn’t be allowed back into the U.S. if he traveled overseas. 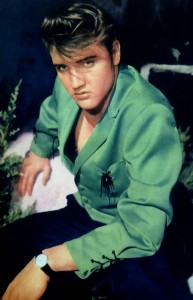 10. Elvis was actually supposed to be a twin, but his identical brother, Jesse Garon, was born a stillborn.