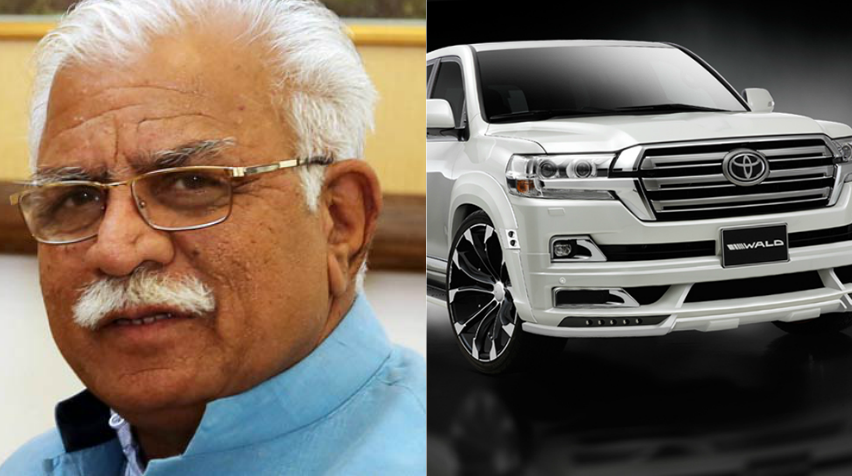 Extravagant cares spending has been a common factor with a majority of our native ministers. Howevers, it came as a shock when Haryana chief minister Manohar Lal Khattar, known for his austere way of life, will now travel in a Toyota Land Cruiser worth around Rs. 1.35 crore. This is the highest amount the Haryana government has spent to buy a car for any of the CMs till now.

Bullet-proofing of the car further might cost Rs35-40 lakh. A decision will be taken by the police, keeping in view the threat perception, say official sources. Khattar had been travelling in a Mercedes Benz, which was bought in 2007.

“I had not made any demand that I want this car or that one. It was decided by those officials who look after matters related to the CM. They might have thought themselves (about the purchase of the car), but I did not even think about this during the past one-and-a-half years,” said the chief minister.

In addition to that, the long commuting hours and waterlogged roads in times of heavy monsoon expectations. While residents are reeling under hours long traffic jams and crumbling infrastructure and bad roads the Chief Minister of Haryana ML Khattar has ordered a swanky new SUV at a cost of 1.3 crore of tax payers money according to media reports. As far as safety for important officials must be a priority, the government should also observe and act upon the growing disparity between personal and public expenditures.