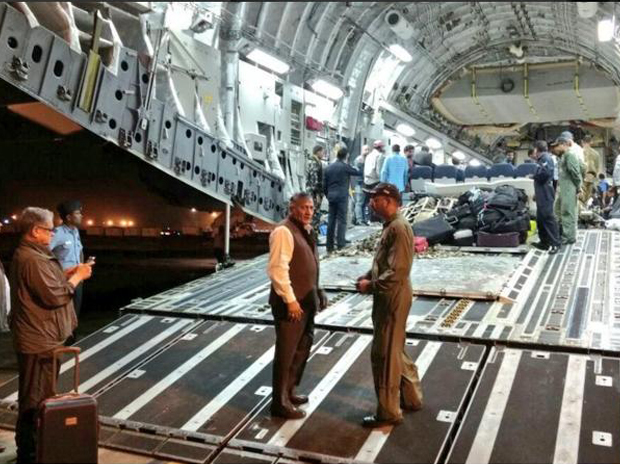 It was a home coming for stranded Indians from South Sudan as 153 Indians who were evacuated from South Sudan arrived on a special Indian Air Force C-17 aircraft at the Thiruvananthapuram international airport here early on Friday.

Among those rescued included 46 Keralites, two Nepalese nationals, seven women and three children. The remaining passengers hailed from other South Indian states. The Kerala government has made special arrangements for their onward journey.

This was part of the ‘Operation Sankat Mochan’ to evacuate Indians from the African country initiated by the Indian government and was led by Minister of State for External Affairs V.K. Singh.

“There were more than 500 Indians evacuated. Over 300 Indians will continue to stay there for their business interests. About 150 Indians are there who work in the oil wells and for them it’s easier to go towards Sudan where there are not much issues,” Singh said.”While I was there, I spoke to the vice president of South Sudan and he told me what they are doing with regards the safety of the people there,” added Singh.

The Kerala government was represented by State Minister for Electricity Kadakampally Surendran and district officials. Another aircraft carrying more people will land in Delhi