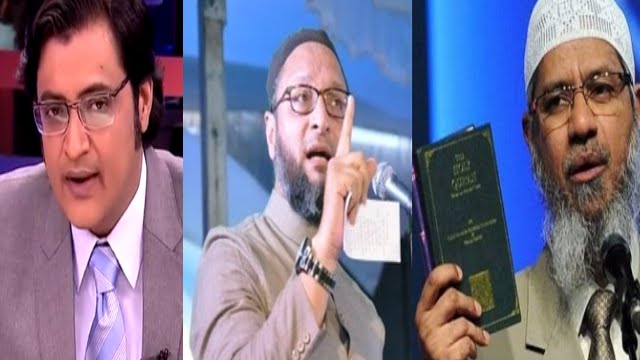 While Islamic preacher Zakir Naik and Hizbul Mujahideen commander Burhan Wani is getting support from some fringe elements different and a debate is on over nationalism and anti-nationalism.

Indian journalist, Arnab Goswami, openly lashed out at political groups like Indian Union Muslim League (IUML) and Asaduddin Owaisi’s All India Majlis-e-Ittehadul Muslimeen (AIMIM) who are trying to lure voters with these appeasement tactics.
The thrashing that Arnab gave is going viral,

Watch Goswami thrashing them for standing by Zakir Naik: