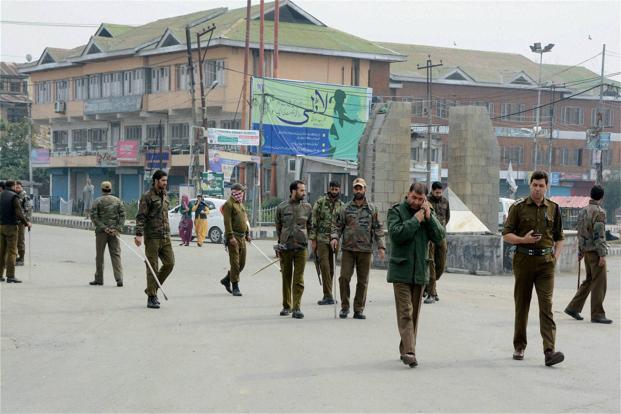 Srinagar: Intense situation continues for the sixth day in the valley as normal life in Kashmir was paralysed on Thursday due to curfew-like restrictions and separatist-sponsored strike in the wake of killing of Hizbul commander Burhan Wani and the ensuing deadly violence that has left 35 persons dead.

Restrictions on the movement of the people in parts of Srinagar, some areas in north Kashmir and four districts of south Kashmir, which were imposed on Saturday morning, continued to remain in force today.

Officials said the restrictions were imposed to maintain law and order in the Valley.

Meanwhile, the strike, called by the separatist groups, also affected normal life in the Valley.

The separatist groups had yesterday extended the strike call till Friday after a spate of fresh killings in the Valley.

Public transport was completely off the roads for the sixth consecutive day, while private cars and auto-rickshaws were seen plying at few places in the areas where there were no restrictions, they said.