Home Special Story Tribal woman digs up well on her own, in UP 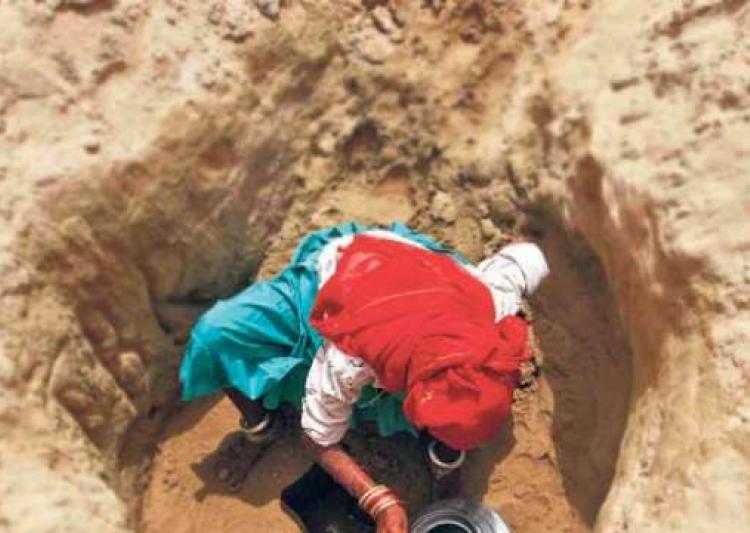 ShareTweetGoogleWhatsappPrint
Mail
A tribal woman in Uttar Pradesh, set up an inspiring example when she dug up a well on her own, for herself as well as 40 other families.
A victim of the caste system, Kaveri gave up the fight over the unfair acquisition of the hand-pump, which upper-caste residents, denied her and other low-caste residents to avail.
She says, “We are tribals and lived in Duddhi village. But we were not allowed to use the hand-pump by the upper caste residents. Arranging for a pot of drinking water was an everyday battle we had to face for the quest of survival.”
After 5 years of enduring unjust discrimination and humiliation, Kaveri finally made up her mind to find a change for herself and dared to do things that no one else had even thought.
She decided to relocate from the village, a decision much criticised by her children as well as the rest of the village.
“In a few days, I made a hut near a forest area. “Everyone thought that I have lost my balance. Some, in fact, started calling me names,” she said.
Though she became happier, but the problem of the water still remained. The sole source of drinking water was a jhir (water oozing out of rocks), and over the entire duration of the day, the drop-like flow managed to fill only a single pot.

It was then that this gutsy woman of the Saharia tribe defied all limitation that life had burdened her with, and resolved to dig up her own well after she had to go without drinking water for two whole days.
After several failed, solo attempts of digging at different places, she finally hit success, when her sons and daughter-in-laws partnered along.
And as the first step had been victoriously tendred, 40 more families joined in and dig up a 25 feet deep well.
After what appeared to be a failure, the villagers still did not give up.
“We decided to dig it further thinking that rain water would be conserved during monsoon. However, a week later, we hit a rock and water oozed out.”
The success story of this magnificent woman with a spine of steel is now taking rounds all across the internet.
It teaches us zeal, and not to give up even when all efforts seem to go to waste.
Ever after multiple setbacks Kaveri persisted in moving forth, and finally, her hard work rewarded her with success and respect.
Also Read: Op Sankatmochan on to save Indians in Sudan
ShareTweetGoogleWhatsappPrint
Mail