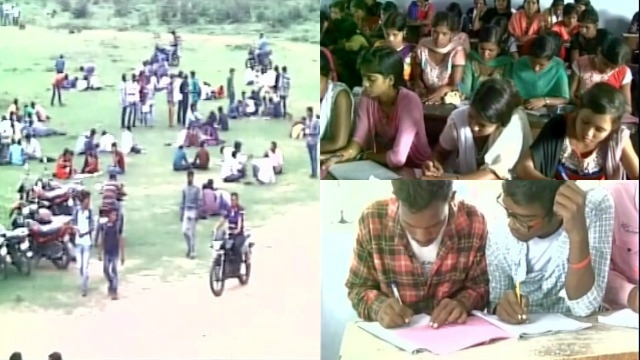 It looks like Bihar isn’t the only state where students are openly given the “liberty” to cheat their way through exams. Recently, some photos came out, of a school in Jharkhand, where more than 100 students sat together in herds, and gave namesake- Class 11 exams. 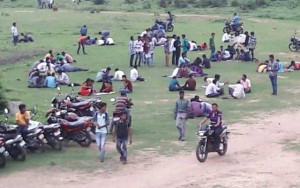 The dishonourable pictures are of the RS More College in Dhanbad, of July 9th, when children are sitting in both classrooms as well as in the ground, and conveniently writing the paper in groups, with the use of unfair means such as bags and mobile phones.
“There is no space in the college, that’s why we are sitting outside. All the seats have been occupied,” said one of the examinees.
The college authorities are saying that the lack of space to accommodate all the students has led to the strange arrangement. 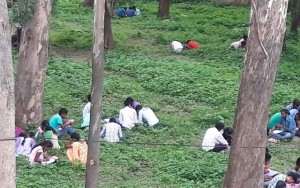 A professor, Manoranjan Gupta, went as far as saying- “I cannot see anyone cheating. The students are honestly giving their examination. The capacity of the college is not much. Two students should sit on one bench, but as of now four to five students have to adjust on one bench. It is a congested place.” 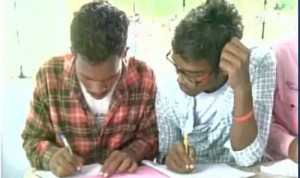 The Jharkhand Chief Minister, Raghubar Das, whose deflating remarks during the Bihar-scandal had made headlines, is due to be left feeling hot under the collar, after this revelation.