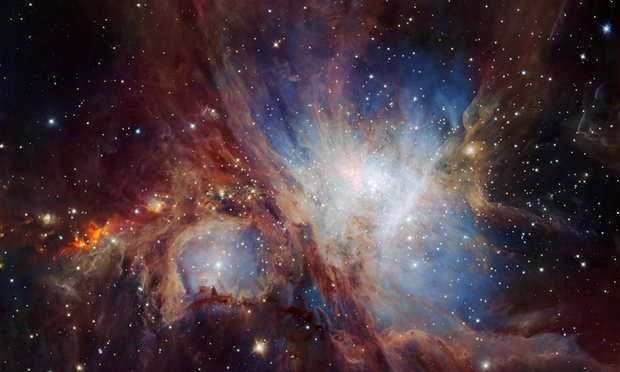 A stunning new image of a nearby star-forming region reveals a wealth of unexpected planets and spurs hope for finding Earth-like worlds. Stars and planets form in clouds of dust and gas called nebulae. One of the nearest is the Orion Nebula. This new image has been taken at infrared wavelengths and sees more deeply into the nebula than ever before.

Peering through the veils of dust and gas, it reveals not just stars but many more planetary mass objects than expected.

According to the report, lead scientist Holger Drass, Astronomisches Institute, Ruhr-Universität Bochum, Germany, says, that the  result feels to me like a glimpse into a new era of planet and star formation science.

There are so many planet-sized objects revealed in the details of this image that he goes on to say that it gives him hope that the next generation of ground-based telescopes will discover a wealth of smaller Earth-sized planets.

The search for planets like the Earth is a current focus for astronomers. Although more than 3400 planets are known to exist beyond our solar system, none are so similar to Earth that they can be called Earth’s twin.

The planets found in this image are unlikely to be habitable because they do not orbit stars. Instead they are floating freely in space. They could have been pulled out of their home solar systems by the great gravitational forces at work in Orion, or they could have formed in isolation as the great nebula collapsed into the stars.

The collapse of a nebula into stars is similar to smashing a plate on the floor. There will be a small number of large pieces and a large number of small pieces. In Orion, there are a few large stars and – we now know from this image – a huge number of small, planet-size objects.

Also Read: This journalist says Zakir Naik is a liar send him to Somalia