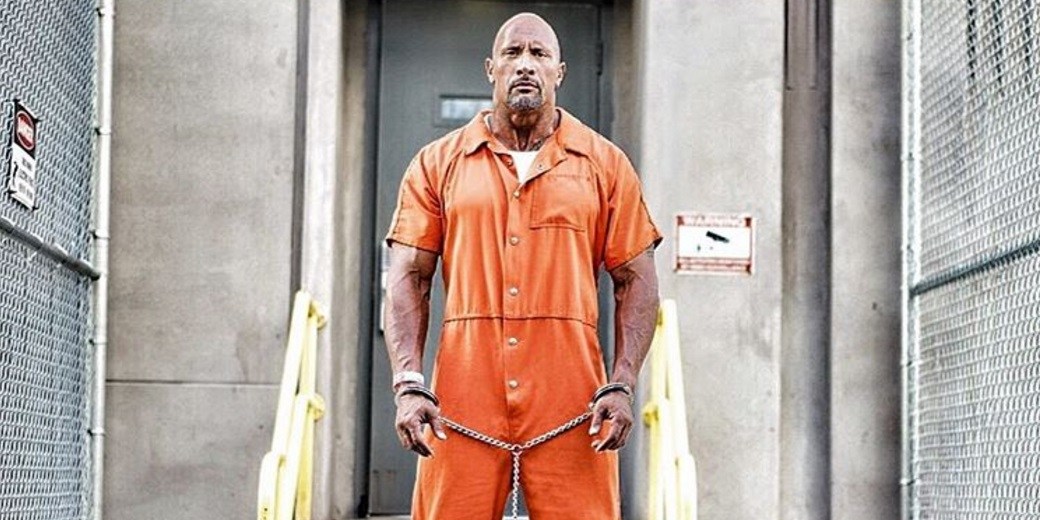 Actor Dwayne Johnson shared his picture from the sets of upcoming action flick “Fast and Furious 8”.

The 44-year-old “San Andreas” star took to Instagram to reveal a shot from “Fast 8” in chained cuffs and wearing a prison’s orange colour jumpsuit.

“The Iceman cometh.  On Set  Fast And Furious8 Orange Aint The New Black Hobbs The Iceman,” he captioned the photo with jail yard in background. The snap was the most recent of sneak peeks that Johnson has shared.

The film is set to release next year on April 14. It also stars Vin Diesel, Scott Eastwood, Jason Statham and Michelle Rodriguez.