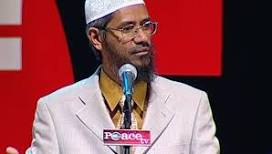 There had been a number of responses on the controversial Islamic preacher Zakir Naik, allegedly for inspiring terrorists responsible for Dhaka terror attack.

However this one by Tarek Fateh, stands out where he has exposed lies of Naik.

The Pakistani-Canadian writer, Tarek Fatah slammed Naik on his latest video and said that Indian government should pack up Naik to Somalia.

Must watch this full video