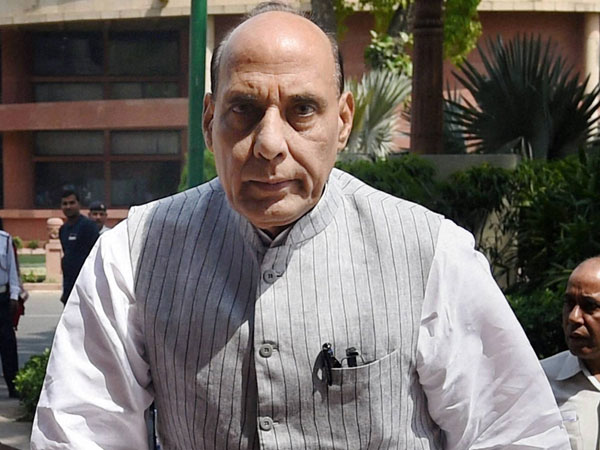 New Delhi: With Kashmir on the edge, Home Minister Rajnath Singh has postponed his visit to the United States to attend the Indo-US Homeland Security Dialogue scheduled for next week.

A Home Ministry official cited the busy schedule during the coming Monsoon session of Parliament beginning July 18 as the reason for the deferment of the visit.

However, tension in Kashmir Valley in the wake of killing of Hizbul Mujahedeen militant Burhan Wani could be the other key factor for the postponement of the Home Minister’s five-day visit to America, sources said.

New dates have not been fixed but the trip now may take place sometime in September, the official said.

With Prime Minister Narendra Modi away on a foreign trip, the Home Minister, who is responsible for the internal security of the country, has been leading the central government’s efforts to bring back normalcy in Jammu and Kashmir, where 24 people have lost their lives ever since violent protests started following Wani’s death.

Singh has held a series of meetings with top Union Ministers, officials and reached out to opposition leaders like Congress chief Sonia Gandhi, former Jammu and Kashmir chief minister Omar Abdullah as parts of efforts to bring back peace and normalcy in Kashmir Valley.

The Home Minister was supposed to lead the Indian delegation at the Indo-US Homeland Security Dialogue to be held in Washington with the US team to be headed by Secretary of Homeland Security Jeh Charles Johnson.

Further cementing anti-terror cooperation, real-time sharing of intelligence inputs, cyber security and critical infrastructure protection, countering illicit finance, global supply chain security, megacity policing and science and technology are some of the other key issues supposed to be discussed at the strategic meeting.

This senior-level exchange between India and the US is part of the strategic homeland security partnership and aimed at enhancing operational cooperation in investigations, capacity building, and countering threats.

Also Read: Why Leshia Evans is the Internet Viral sensation