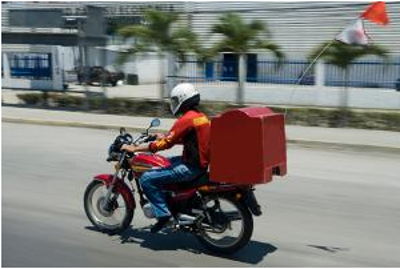 Bangalore: In a shocking incident, where a delivery boy sought sex from woman customer when she refused to take the delivery.  The delivery boy, reportedly, harassed the woman, as he wanted to teach her a lesson.  The delivery boy has been booked for sexual harassment of the customer and was arrested by the JP Nagar Police in Bangalore.

According to reports, she had ordered food from McDonald’s through Foodpanda, an online food ordering platform. The delivery boy  distributed her number on Whatsapp claiming that, she was an escort. After which, the lady received many calls from different men, who were asking for sexual favours.

According to the reports, the lady, a resident of JP Nagar, filed a complaint revealing that she had ordered food from Mcdonald’s through the popular online food delivery marketplace Foodpanda. The delivery from Mcdonald’s came to her home at around 10pm. He misbehaved with the lady by passing vulgar comments and left the place.

The lady started receiving many calls, from unknown numbers, as soon as the delivery boy left her place. The callers were asking for sexual favours, she rebuked and disconnected all the calls. But the calls did not stop.

Reportedly, till the time she had informed the police, she had already received calls from 14 different numbers. She also alerted police that, the callers were asking about the money she charged for sexual favours. Police, then, collected all the numbers through which they tracked the delivery boy. After being arrested, the delivery boy confessed about the harassment.