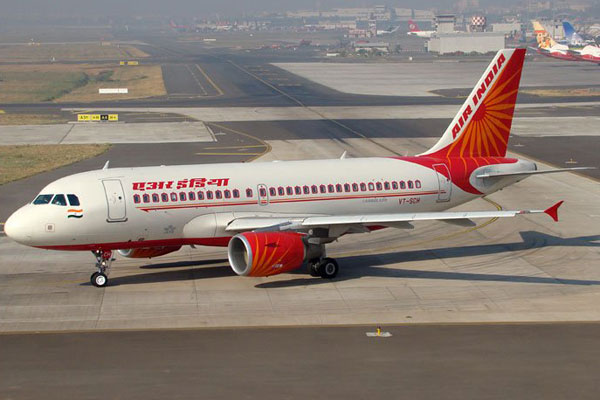 New Delhi:  Aiming to attract more fliers and achieve higher seat occupancy in its flights on trunk routes, Air India has decided to lower its last minute ticket fares to the level of 2-tier AC of Rajdhani trains.

As part of the pricing strategy, Air India will drop fares on four key routes–Delhi-Mumbai, Delhi-Chennai, Delhi-Kolkata and Delhi-Bengaluru -four hours before the departure of flights to these destinations.

According to the report, Air India Chairman and Managing Director Ashwani Lohani said that, the move is aimed at providing relief to the passengers from last minute sky-rocketing fares and also to fill the vacant seats.

Air India has an average load factor of 74 per cent across its domestic network while the seat occupancy on these trunk routes stands at around 80 per cent, he said.

Our objective is to fill these remaining seats as well. This can be achieved with such affordable fares. In addition, this would also help us increase our passengers’ revenue, Mr Lohani added.

Air India’s decision to lower fares is likely to give jitters to the private carriers who are accused of jacking up fares to 2-3 times of the normal fares for the last-minute bookings.

Under the ‘Super Saver’ scheme, which started from June 26 and ends on September 30, passengers of Rajdhani Express trains who have waiting list ticket could book four hours prior to the flight departure at a fare which match with the ticket price of Ist AC Rajdhani trains.