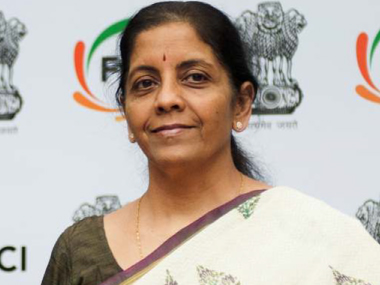 New Delhi: Commerce and Industry Minister Nirmala Sitharaman will lead the delegation of over 110 Indian companies that will showcase its engineering prowess at a trade fair in Russia.

India is the partner country for ‘INNOPROM 2016’, which is the largest annual international industrial trade fair of Russia. The 4-day fair will start from July 10 in Ekaterinburg.

With ‘Industrial Net’ being the lead theme for the exhibition, the event aims to bring together all important components to improve efficacy under one roof, the Commerce and Industry Ministry, said the press release.

Apart from the large, medium and small Indian companies participating in the event, states like Maharashtra, Gujarat, Jharkhand, Rajasthan, Himachal Pradesh and Andhra Pradesh are also showcasing their strengths, it said.

The Chief Ministers of Maharashtra, Andhra Pradesh and Rajasthan would lead their respective state delegations. Central government departments including Heavy Industries, Electronics and IT, Ministries of Power, Tourism and Renewable Energy, will also form part of the official delegation.

“Overall, the strong India participation is expected to highlight the strengths of India within the area of engineering and innovation” at the fair, it added.

Quoting Sitharaman, it said India’s partnership provides a significant opportunity to sustain, expand and further develop the strategic partnership between the countries. ‘INNOPROM’ will also offer India a platform to showcase ‘Brand India Engineering’ and ‘Make in India’, it said.

Further, it said that Russia has now become the first country to have agreed to invest under the ‘Make in India’ umbrella in two key strategic sectors-nuclear and defence.
India and Russia have set the goal of boosting bilateral trade to USD 30 billion and mutual investment to USD 15 billion by 2025.
The two-way trade stood at USD 6.18 billion in 2015-16 as against USD 6.34 billion in the previous fiscal.