Home Sports EURO 2016: France to play Portugal in the final 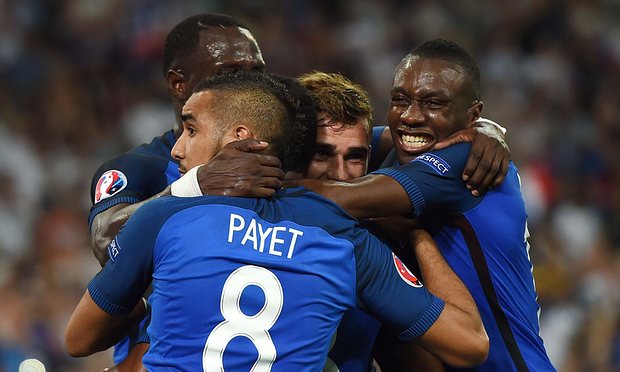 The host has made it.

Germany met host France in Marseille for the right to face Portugal in the final of Euro 2016 on Sunday. Germany lost the game 2-0.

Congratulations to #France reaching the final. The hosts must be the favourites going into Sunday.
But #Ronaldo & #Portugal won’t mind that

Germany tried to probe the France penalty area like they were doing during the whole game, but yet to trouble French Goalkeeper Hugo Lloris.

Tonight was Antonie Griezmann’s night. Griezmann coverted a penalty kick during first-half stoppage time to open the scoring. He then toe-poked a deflected ball into the net to score his second goal in the 72nd minute.

Bollywood actor Ranveer Singh was in the crowd and witnessed the victory of France.  He shared one of his photos on Instagram as well.

Pandits are saying: eighteen years after facing Brazil at the Stade de France they face another Ronaldo in a final.