Home Nation Modi and sand art, find out how he celebrated his government’s second... 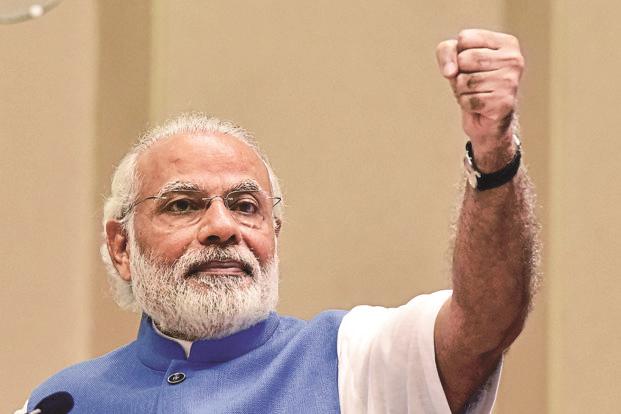 Narendra Modi’s government recently crossed a 2-year milestone, since it came in power, in 2014, with the absolute majority.

With a high publicity blitz, the celebrations were spread out amongst BJP and NDA ministers, who took trips across the nation, apprising the countrymen of the achievements and the future schemes of the Modi government.

The milestone also inspired some interesting art, depicting the tenure so far. The BJP itself released a cartoon series on its official website, to mark the event. Many of the caricatures also took a dig at the Congress party.
Here are some of them:

Sand artist, Prasad Sonawane, with conceptualization by Manoj Munde, created a wonderful sand art video, which incorporates the highlight events, from PM Narendra Modi taking the taking oath of office, to all the major initiatives and achievements which have coloured the party’s reign so far.