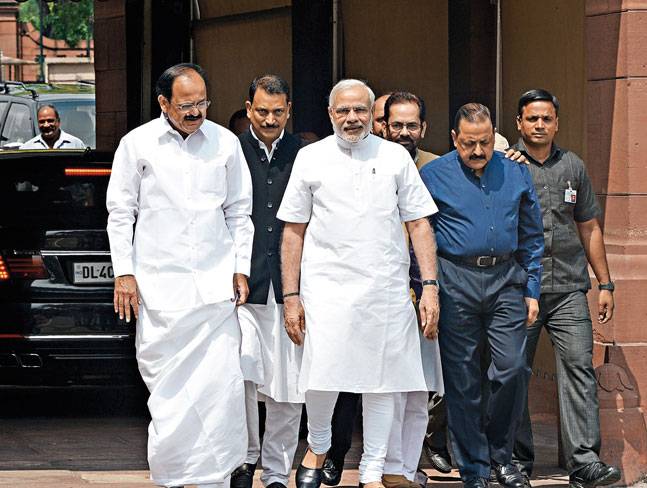 New Delhi: Prime Minister Narendra Modi led government is likely to reshuffle the council of ministers today at a ceremony to be held at Rashtrapati Bhavan. The reshuffle will take place days ahead of Prime Minister’s four-nation tour of Africa.

10 new Ministers including MJ Akbar, Vijay Goyal and Anupriya Patel will be sworn in today as the Prime Minister rejigs his Cabinet at 11 am today with the swearing in ceremony scheduled at the Rashtrapati Bhavan today.

There is a likelihood that some Ministers will be dropped and there will be some change in the allocation of work, however the big four Home, External Affairs, Finance and Defence will not be changed in this reshuffle.

The reshuffle is crucial for the government as it need to fill vacancies before the beginning of the Monsoon Session of Parliament form July 18.

Last week, the Prime Minister and BJP President Amit Shah had a closed-door meeting that lasted over three hours where it was understood that the two leaders discussed the reshuffle as well as a rejig in the party organisation.

According to reports, the reshuffle is expected to boost several leaders from the BJP, and its allies in Uttar Pradesh as state will go on polls in March next year.