New Delhi: With nearly a month left for the Rio Olympics, Prime Minister Narendra Modi met the Indian athletes on Monday who will represent the country at one of the biggest global sporting event, and wished them luck.

At the function held at the Manekshaw Centre, PM Modi interacted individually with the sportspersons, and wished them luck for the August 5-21 Games. 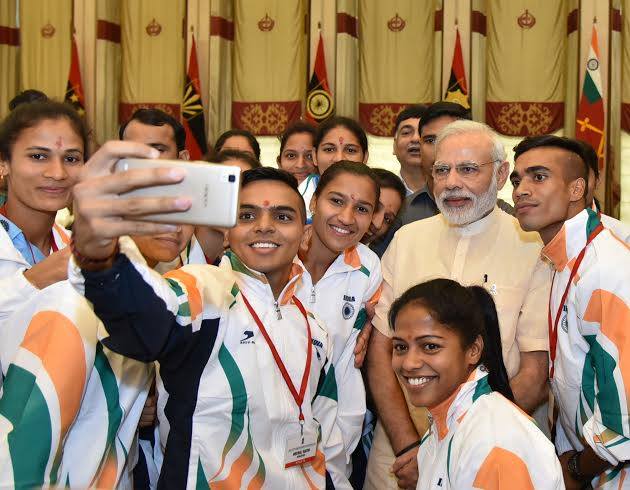 India will be sending its biggest ever contingent to the Olympics this year with more than 100 athletes having already qualified in 13 sporting disciplines. The previous highest was 83 that the country sent in the 2012 Olympics in London.

More athletes are likely to qualify in the coming days, and the Sports Ministry and the IOA are expecting more than 110 to represent the country in the Games.

The Indian women’s hockey team along with chief coach Neil Hawgood and coach C R Kumar were also in attendance. 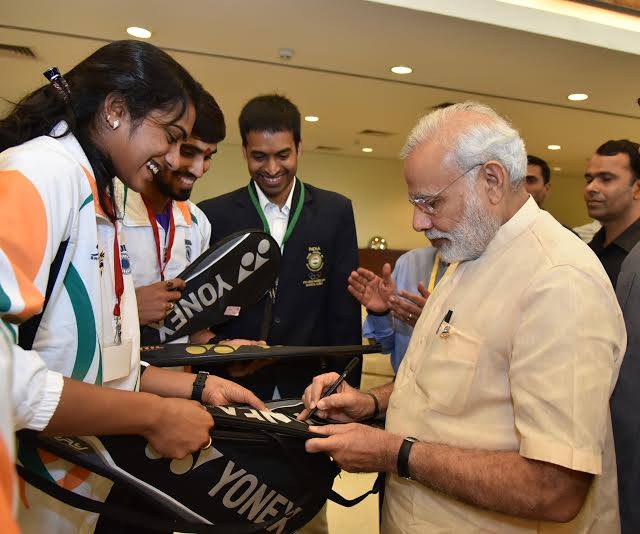 During the send-off function the athletes were seen taking selfies with the PM and his autographs.

“Great to meet our Honourable PM Shri @narendramodi ji..Thank you for all your support.jai hind????” boxer Shiva Thapa later tweeted.

Several of the Rio-qualified athletes gave the function a miss as they are currently training abroad.