Home Cityscape First DU Cut-off List Has Been Announced And It Is Not A... 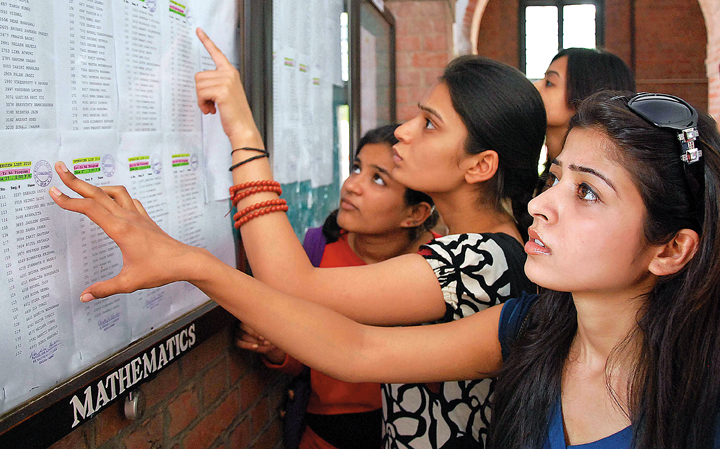 In a shift from previous years, no Delhi University college has kept the ceiling at 100 per cent in the first cut-off list for admission to undergraduate courses which was announced here today.

Admissions to the academic session 2016-17, for which the varsity had received 2.5 lakh applications, will begin tomorrow.

The highest cut-off for the academic session has been announced by Ramjas college at 99.25 per cent for BCom Honours, 98.75 for BCom and 98.5 for Economics Honours.

The cut-off for Hansraj College has remained unchanged across stream with Eco(H) being the highest at 98 per cent.

Sri Ram College of Commerce (SRCC), ranked among the best in the country for higher studies in Commerce and Economics, announced its cut off at 98.25 per cent for Economics Honours and 98 per cent for BCom Honours.

Miranda House cutoff for science courses is also same as last year with the highest being for Economics Honours at 97.75 per cent.

This is for the first time that the university has introduced completely online admission procedure for UG admissions unlike previous years when it used to be both online and offline.

The online registration process began on June 1 and will continue till June 22.

These are some highest cutoffs for the University’s best colleges.