The fight for right amidst censor Board and Director Anurag Kashyap has taken a political toll.  ‘Udta Punjab‘, which is set to release on June 17th, is undergoing excessive scrutiny by the Central Board of Film Certification (CBFC).

Censor Board chief Pahlaj Nihalani, recommended befogging the “reality” of the film, such as setting the film in a fictional land instead of Punjab. He has also passed misleading comments for the director Anurag Kashyap claiming that he has taken money from Aam Admi party to defame Punjab.

Producer of the film, Anurag Kashyap, lost his cool, and took to twitter on Monday expressing his annoyance with the censor board.

I always wondered what it felt like to live in North Korea .. Ab to plane pakadney ki bhi zaroorat nahin..

There is no film more honest than UDTA PUNJAB .. And any person or party opposing it is actually GUILTY of promoting drugs

Earlier, the CBFC was demanded 89 shots to be snipped from the film, and now in addition to that every reference of Punjab is being asked to be removed, including the film’s title- “Udta Punjab”.

Here’s what CBFC want to cut from Udta Punjab:

1. Delete sign board of Punjab in the beginning.
2. Delete Punjab, Jalandhar, Chandigarh, Amritsar, Tarantaran, Jashanpura, Ambesar, Ludhiana, and Moga to be deleted from background and dialogues wherever it occurs.
3. Delete two words from song 1.
4. Delete offensive words from song 2.
5. Remove all cuss words from the movie.
6. Delete the word ‘election’, ‘MP’, ‘party’, ‘MLA’, ‘Punjab’, ‘Parliament’.
7. From song no 3, delete the visuals of scratching/itching side portion of Sardar.
8. Delete the close-up shots of injecting the drugs wherever it appears.
9. Delete the shot of urinating by Tommy in front of the crowd.
10. Delete the line ‘Jamin Banzar te Aulad Kanjar’.
11. Delete the name of the dog as ‘Jackie Chan’.
12. First disclaimer should be audio/video and to be changed to – “The film focusses on the rising menace of drugs and war against drugs and is an attempt to show ill-effects of drugs on today’s youth and the social fabric. We acknowledge the battle against drugs being fought by the government and the police. But this battle cannot be won unless the people of India unite against the menace.”
13. Second disclaimer of fiction to be increased according to audio/video.

Meanwhile, Twitter flooded with tweets, against the censor board’s decision over the film. Several members of the film fraternity are speaking up against CBFC, and backing the “Udta Punjab” team.

#UdtaPunjab speaks of the reality of our times….censoring reality amounts to delusion…..the fraternity has to stand by what’s right!!

” Censorship is the child of fear and the father of ignorance”. Is Pahalaj Nihalani listening ?

Delusion or collusion? Why is the establishment so scared of films that mirror reality? #UdtaPunjabCensored

The matter raises many questions, for the rights of true expression and the extent of democratic freedom in our country. While, the fight over the depiction of the drug problems in Punjab, as well as the rest of the nation.

Even the CBFC personnel tweeted: 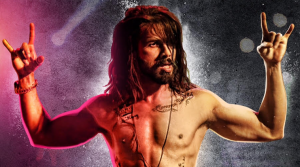 Shahid Kapoor’s younger brother, Ishaan, shared his perspective over the subject, on facebook, which read as follows:

“There are many things I’d like to say about how massively disappointing the authorities have been but for now I’d prefer to focus on how very important it is for our nation’s people to watch this film and learn what it has to offer. I’m not only speaking from a personal front, being that I’m one of the many who’ve put their blood and sweat into making a picture about the drug epidemic that’s plaguing Punjab (a reality I have seen first hand), but also as an audience. I hope we can watch ?#?udtapunjab? the way it is meant to be watched.”

Also Read: Time for India, US to work together for the world: Modi

Nt a movie buff bt if #UdtaPunjab showing rightly whats happening in punjab what’s wrong with it then ? We want our punjab drug free state

Some of the tweeple reactions of the celebrities:

Power is the most dangerous addiction of all & someone in the CBFC seems to be tripping hard on Lassi in the Sky with Diamonds. #UdtaPunjab

Certification not censorship.. You can’t tell people what they can or can’t do, it’s not the dark ages #UdtaPunjab#AbolishCensorship

Certify – DO NOT CENSOR! That’s the first and only rule!! Not just for #UdtaPunjab but for all. @anuragkashyap72pic.twitter.com/eUm0jofO35

When you tear out a man’s tongue, you are not proving him a liar,you’re only telling the world that you fear what he might say. #UdtaPunjab