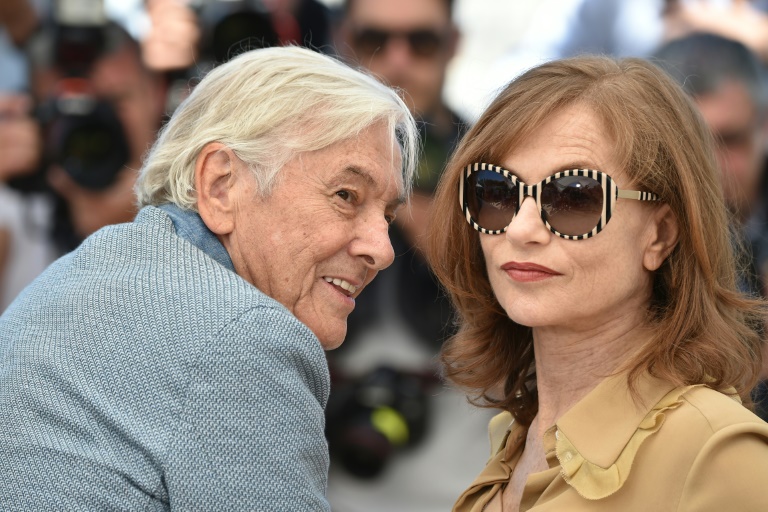 A twisted rape thriller by “Basic Instinct” director Paul Verhoeven drew rave reviews Saturday in Cannes, where it was one of two films about a woman trying to prise back control from her attacker.

As a psychological rape comedy-thriller, the Dutch director’s latest work “Elle” had everything to set critics on edge before the screening.

But the story of a powerful woman played by French actress Isabelle Huppert who is assaulted and embarks on a dangerous game with her attacker, was a surprise hit for its portrayal of a woman taking vengeance in her own, unexpected way.

Huppert, 63, who some critics said had delivered the performance of her career, told journalists that it was the fact that her character “does not react in a predictable manner that creates the tension.”

“There is a suspense in the character herself because you don’t know exactly what she thinks.”

French website L’Express hailed the film and its “perverse ambiguity”, which drew plenty of laughs from the audience.

“One can already hear screams of bloody murder about the unacceptable link between rape and pleasure. It has nothing to do with that,” wrote its critic.

The Guardian’s Nigel Smith tweeted that the film was “perverse, hilarious and insanely pleasurable”.

The movie is based on the book “Oh…” by Philippe Dijan, who dismissed views that Huppert’s character had fallen in love with her attacker.

“She is someone who tries not to obey all the codes of society. She feels this is really her own personal freedom, and that is a bit frightening because she is a woman and people don’t want women to be free,” he said.

Huppert said she was not worried about people’s reaction to her bizarre relationship with her rapist, who she continues to draw into her life.

“It’s not a statement about a woman being raped and accepting it. It doesn’t mean it happens to all women in the world. It happens to that woman in particular as an individual,” said Huppert.

The question of how a woman reacts to her attacker was also raised in the latest film by Iranian director Asghar Farhadi, “The Salesman”, which also premieres Saturday.

A couple is thrown into turmoil after an attack on the wife (Taraneh Alidoosti) in their home — the full nature of which is never clear — sends her husband on a revenge mission.

However she does not want him to exact the retribution he plans, and presents him with an ultimatum that she will leave him if he goes ahead with it, handing power back to her traumatised character.

“I think both men and women are capable of violence, and a violence they think is legitimate,” Farhadi told AFP in an interview.

“Around the world one of our main challenges is violence that appears legitimate to those who carry it out.”