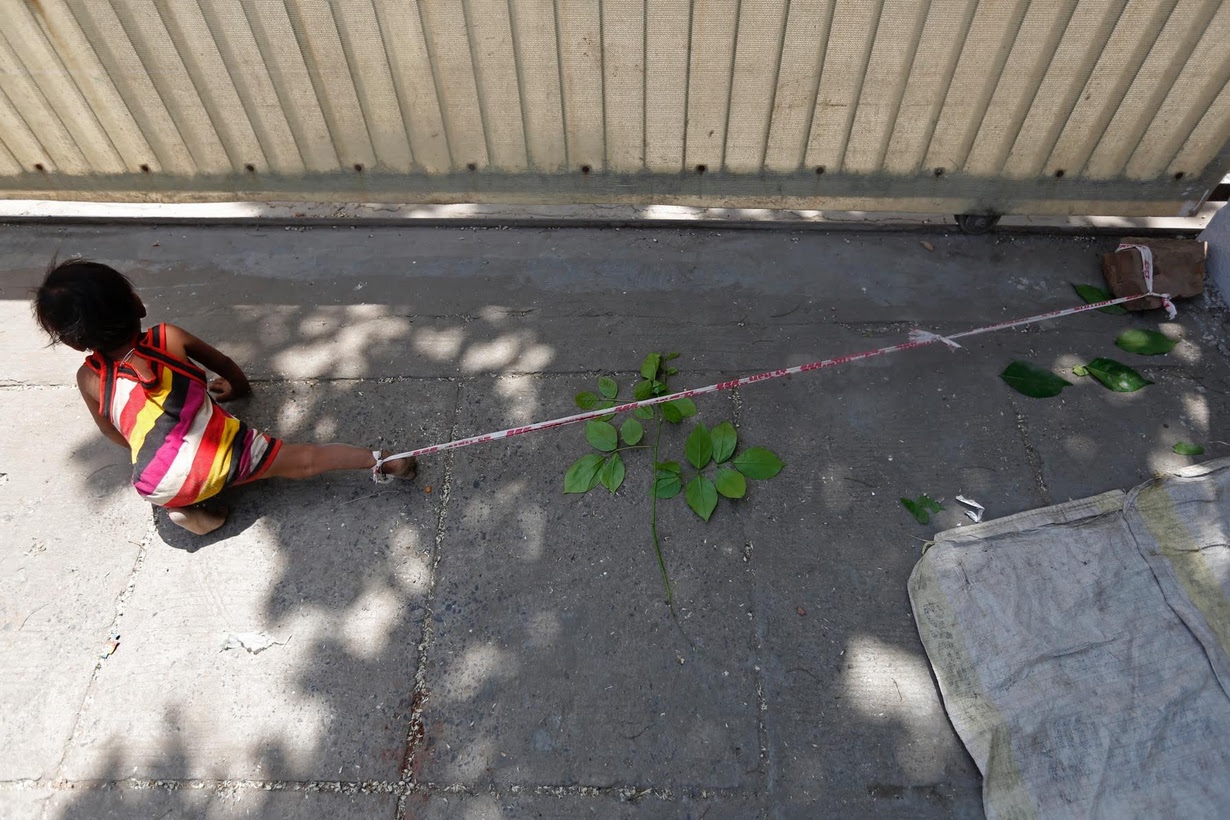 Ahmedabad: It is a distressing news trickling from the Capital of Gujarat that brings forth the plight of poor workers who don’t have access to proper child care services, lack of which forces them to either leave their kids unattended or do the bizarre like Sarta Kalara and her husband did.

Also Read: It takes only eight tweets to track your location

The couple is a daily wage worker who spends the day digging holes for electricity cables at a construction site in Ahmedabad and earning a meagre Rs 250 per shift.
The couple had no choice but to tie their 15-month-old daughter Shivani to a rock with a 4.5-foot plastic tape which reads ‘caution’ while they attended to their work.
The child is caked and baked in mud in the searing heat for almost nine hours daily. The parents earn bare minimum to fend for their family of four. The couple says they took this extreme step only to save their toddler from running on to the busy road next to the construction site. “The traffic around the area is dangerous and I do not want Shivani to go out on the road and get run over by a speeding vehicle,” said Sarta Kalara, her mother.

They can ill afford a child care or day care facility to keep their kids safe and their older son is barely three years old, not mature enough to take care of his young sister.
There are about 40 million construction workers in India, out of which at least one in five are women. Indian companies usually take advantage of the cheap labour. According to Kalara, “The manager turned a blind eye towards the family and cares only for the work being done, not their plight.”