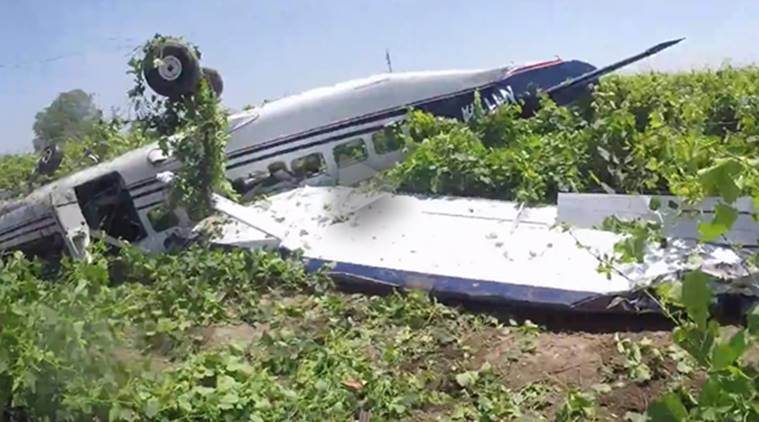 A plane carrying 17 skydivers from Lodi airport, developed a snag just minutes after take-off, and pilot was forced to make an emergency landing which led to a crash.

A plane crash was caught on a GoPro camera of one of the diver.

The Cessna 208 plane landed on a patch of grass before clipping a wire and turning turtle.

All the passengers were reported unharmed with only the pilot suffering a bloody nose.