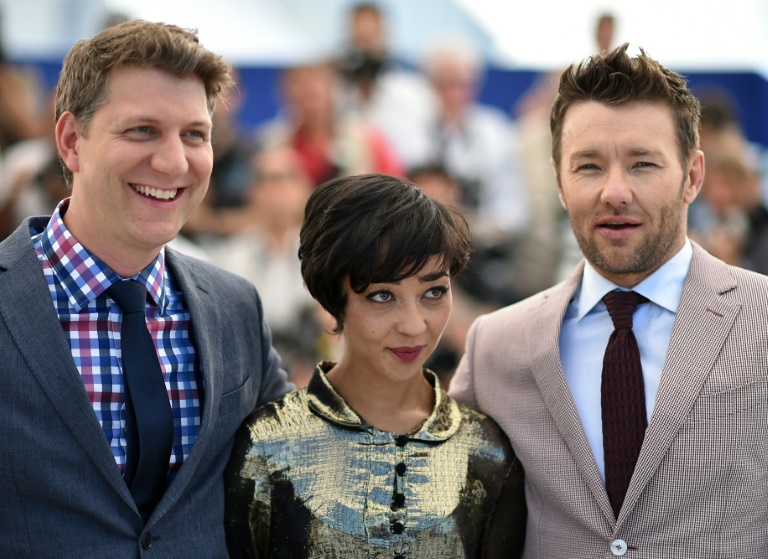 The movie, which prompted early Oscar buzz after a press preview, tells the story of Richard and Mildred Loving, a Virginia couple who battled before the Supreme Court in 1967 for their right as a white man and an African-American woman to live together as husband and wife.

Reporters peppered both stars and Nichols with questions as to whether they had already prepared their Academy Award acceptance speeches, to which the director quipped: “Let’s get through the press conference first.”

The Arkansas-born Nichols, who made the breakout hit “Take Shelter” and previous Cannes competition entry “Mud”, said overheated US debates in an election year tended to ignore “the people at the centre of these things”.

“I hope this is the quiet film of the year. I didn’t want to make a courtroom drama, I wanted to make a movie about two people in love,” he said.

“I truly believe this is one of the most pure love stories in American history.”

The film was inspired by the HBO documentary “The Loving Story”, which Nichols said his wife admired so much that she told him: “If you don’t make this movie I’m going to divorce you.”

Edgerton, who has also appeared in the “Star Wars” franchise, said he had been drawn to the “quiet and meditative” screenplay’s relevance at a time when marriage equality was being hotly debated in his own country, Australia.

“To me a lesser screenwriter or someone really drawn into the patina of Hollywood may have rearranged the truth in order to make it more Hollywood â€“- ‘let’s have them high fiving each other in the courtroom’,” he said.

He said that the Lovings deserved to take up a bigger chapter in the history books but that stories like theirs had long been neglected “when they don’t involve bloodshed or massive acts of violence”.

“There’s something so gentle about this and yet there’s a kind of a hidden violence to the oppression of situations like this,” he said.

Negga said she found it “quite shocking” that Alabama took until 2000 to become the last US state to wipe a law against interracial marriage from the books.

She noted it was only last year that Ireland voted in a referendum to allow gay marriage.

“Having a very Catholic history, I think that we showed the world that it’s possible to evolve in having discussions about equality,” she said.

Nichols said he had hoped to complete “Loving” before the US Supreme Court heard a pivotal gay marriage case last year, in the hope that it could “influence it” by spurring the public debate on the issue.

“And then when we were making the film, the verdict came in the way we all hoped and then there was this idea that this issue is just going to be taken care of and of course it’s not,” he said.

“Soon you get religious liberty laws added (permitting unequal treatment of gay couples) and all these other things and you realise the Supreme Court can only do so much. It takes a long time for society to get it right.”

“Loving” is one of 21 films vying at global cinema’s biggest showcase for the Palme d’Or top prize, which will be awarded on Sunday.