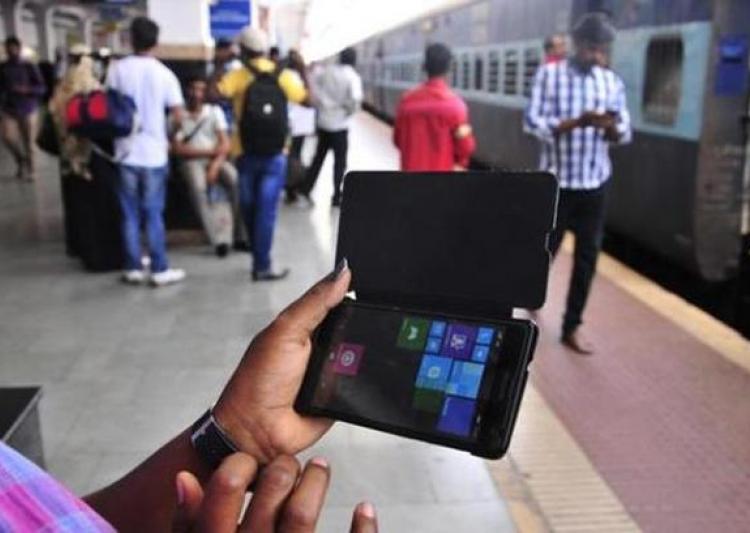 Now waiting at railway station for trains will no longer be a pain as Google on Monday launched its free high-speed public Wi-Fi service at five more stations across India including Ujjain, Jaipur, Patna, Guwahati and Allahabad railway stations.

This is in continuation with its project to provide high-speed public Wi-Fi service at 100 Railway stations across India by end of the year, Google said in a release.

Minister of Railways Suresh Prabhu will formally inaugurate the service at these stations soon, it said.

Google said it has been deploying the service over the extensive fibre network of Indian Railway’s arm Railtel which provides Internet services as RailWire.

With these launches, the service is now live and available to users at 15 stations across the country, it added.

Backed by the “phenomenal” response to the service in Mumbai Central, Google will also extend the project to cover key suburban Mumbai stations working with RailTel.

“We’re seeing incredible usage of the Wi-Fi service across the stations and over 2.5 lakhs users are using the service every week, demonstrating more than 2x growth in less than a month,” Google India Head of Access Programs Gulzar Azad said.

Stating that Google is committed to working with Indian Railways and Railtel to deliver high-speed Wi-Fi network that will be available to 10 million Indians by the end of the year, covering 100 of the busiest train stations in India, it said the project will be eventually rolled out to cover 400 train stations across India.