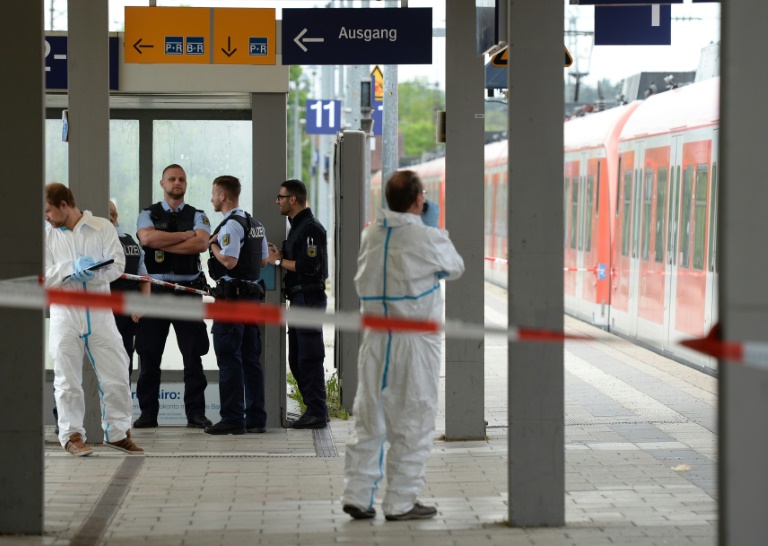 A man killed one person and wounded three others in a knife attack at a German railway station Tuesday that prosecutors said had “an apparent Islamist motive”.

It is Germany’s third knife attack with an apparent Islamist motivation since September.

Police said they had arrested a 27-year-old German man who had slashed four people around 5 am (0300 GMT) at the station in the small town of Grafing, east of Munich.

One of the victims, a 50-year-old man, later died of his wounds in hospital, said Ken Heidenreich, spokesman for the prosecutor’s office.

“Around 5 am this morning a 27-year-old German attacked four people with a knife,” Heidenreich told AFP.

The “assailant made remarks at the scene of the crime that indicate a political motive — apparently an Islamist motive.

“We are still determining what the exact remarks were.”

Local media reported that witnesses had said the man had yelled “Allahu akbar” (God is greatest) during the attack.

A police spokesman earlier said that “a political background cannot be ruled out”, adding that the man arrested was “not very cooperative”.

The railway station was closed after the man’s arrest.

“There is no longer any threat to the population,” said another police spokeswoman, Michaela Gross.

In the rare German-language video they urged their “brothers and sisters” in Germany and Austria to commit attacks against “unbelievers” at home.

Since then Germany has seen at least two bloody knife assaults blamed on Islamists, before Tuesday’s attack.

In February a 15-year-old girl identified as Safia S. stabbed a policeman in the neck with a kitchen knife in what prosecutors later said was an IS-inspired attack.

She attacked the officer during a routine check at Hanover train station in the country’s north before being overpowered by another police officer.

Federal prosecutors later said the teenager had “embraced the radical jihadist ideology of the foreign terrorist group Islamic State of Iraq and Syria” and was in contact with an IS fighter in Syria.

Last September a 41-year-old Iraqi man identified as Rafik Y. stabbed and seriously wounded a policewoman in Berlin before another officer shot him dead.

The man had previously spent time in jail for membership of a banned Islamist group and had been convicted in 2008 of planning an attack in Berlin against former Iraqi prime minister Iyad Allawi.