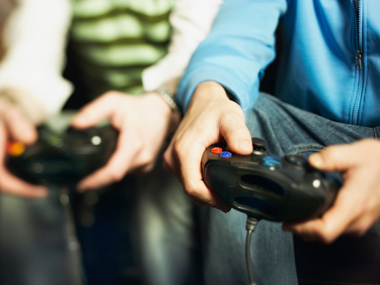 Eating adequate amounts of fruit and vegetables is not only ideal for a healthy lifestyle but has also been shown to reduce the risk of some chronic diseases including cardiovascular disease and certain cancers.

Using a serious video game, Squires Quest! II: Saving the Kingdom of Fivealot, researchers from the Baylor College of Medicine and Texas Children’s Hospital in the US evaluated how creating implementation intentions (ie, specific plans) within the goal-setting component in the game helped fourth and fifth-grade students improve fruit and vegetable intake at specific meals.

All groups were asked to record whether they met their goals during the next episode in the game. Parents were sent emails with a newsletter and link to a parenting website.

These resources provided parents with information on their child’s weekly goals, suggestions for supporting achievement of fruit and vegetable goals, and ways to overcome common barriers to helping their family make healthy food choices.

To track the effect of the video game on real-life fruit and vegetable consumption at baseline and six months later, researchers completed 24-hour dietary recalls with children over the phone three times, averaging breakfast, lunch, snack and dinner fruit and vegetable intakes.

At six months after intervention, improvements in both fruit and vegetable intake were noted for participants.

“By using a serious video game, we saw increases in meal-specific vegetable intake at dinner for the children in the Action and Coping groups and fruit intake at breakfast, lunch, and snacks for all intervention groups,” said Karen Cullen from Baylor College of Medicine.

Of the 400 participants, 79 per cent reported meeting all goals during game play. Researchers attributed this partly to the game content, as serious video games are designed to both entertain and promote behaviour change.

Getting parents involved with email and newsletters might also have played a role in the increase in fruit and vegetable intake among participants, researchers said.

The study was published in the Journal of Nutrition Education and Behaviour.

Also Read: Remembering the man who de-constructed our minds to us. Read on