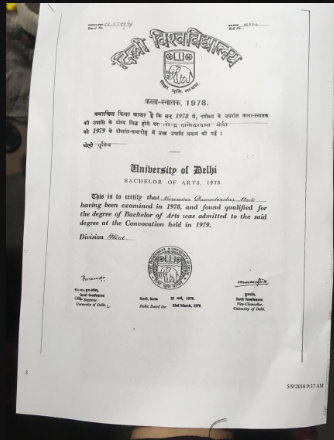 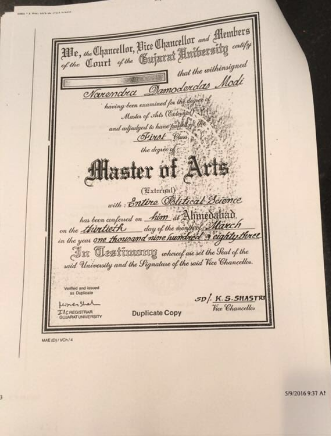 “It’s unfortunate we have to clarify the Prime Minister’s academic qualification.Kejriwal should apologise for making such baseless and cheap allegations,” Amit Shah said.

AAP chief Arvind Kejriwal, the Chief Minister of Delhi, also wrote to the Delhi University last week urging it to put up details of PM Modi’s degree on its website for the public.

AAP alleged that no “Narendra Damodar Modi” ever passed out of the university in 1978 and a “Narendra Mahavir Modi” from Rajasthan’s Alwar had graduated that year.