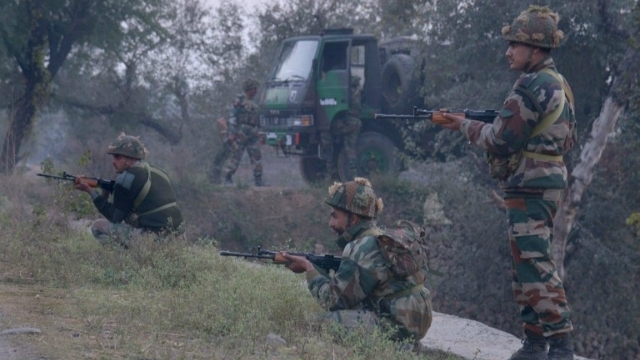 Srinagar: Three Hizbul Mujhahideen militants were killed early on Saturday in an encounter with security forces during a search operation in south Kashmir’s Pulwama district

A joint team of police and army cordoned-off Panzgam village in Pulwama district after receiving specific intelligence about the presence of militants in the area, an army official said.

As the forces were conducting a search operation, the hiding militants fired upon them, triggering an encounter, the official said

He said in the ensuing gunfight, three militants ?- all locals who belonged to Hizbul Mujhahdeen militant group were killed.

Three weapons have also been recovered from the encounter site, he added.