Home Nation Why you should be worried about Uttarakhand forest fire 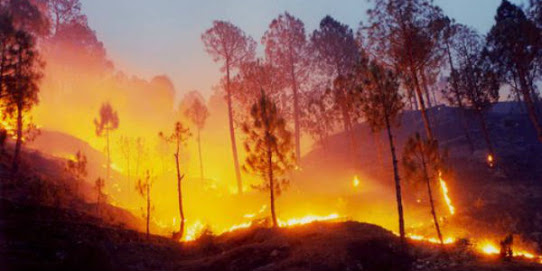 In what may lead to an environment crisis and add to the pollution in most Indian cities, Uttarakhand is in the midst of hundreds of forest fires that are raging currently.

Situation is so bad that now that now indian Air Force has been pressed into service.

Home Minister Rajnath Singh has taken stock of the situation as the state is currently under the President’s rule.

6000 NDRF men have been pressed into action.

The effect of these forest fires could spread into cities hundreds of kilometres away and also affects the health of tourists who throng Uttarakhand during the summers.

13 districts have been affected and 1500 hectares of forests are believed to have been destroyed.

Doctors believe that the toxic smoke can aggravate  asthma and create breathing problems especially in the affected area.

The forest fires may take months to be brought into control.