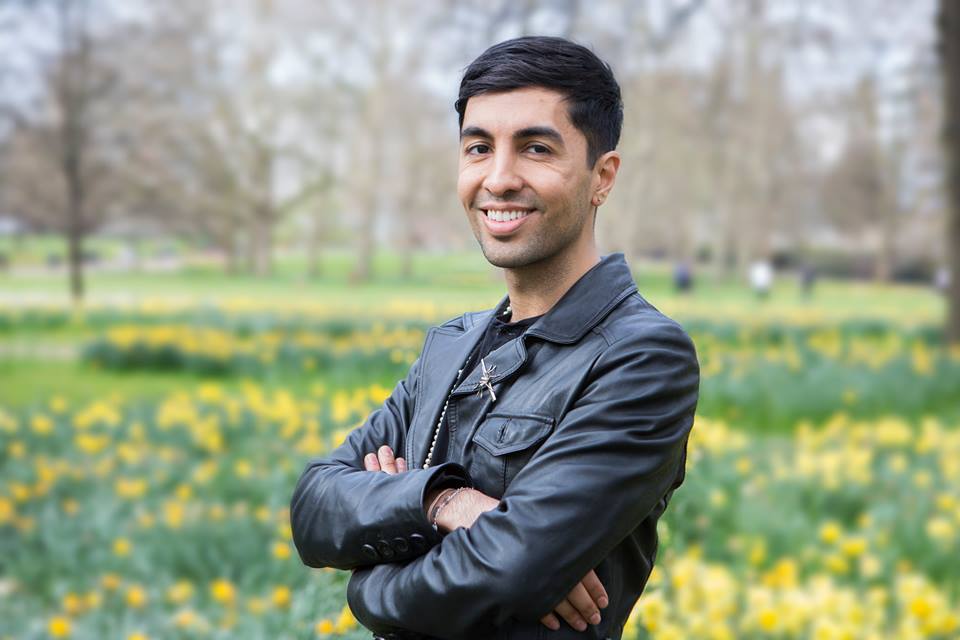 ShareTweetGoogleWhatsappPrint
Mail
Ankit Love of the One Love Party is an unlikely candidate for the high-profile mayoral election slated for May 5. But Love insists that he is a serious aspirant with definite plans for the metropolis and wants Londoner to cast their votes in his favour.
It is indeed a tall order for Love, 32, a musician by profession with roots in Jammu and Kashmir; he also claims to be the Emperor of Jammu and Kashmir in exile.
ALSO READ: Trump vows ‘America First’ foreign policy
Son of Bhim Singh, former president of the Jammu and Kashmir National Panthers Party. “I come from a political family; I have experience of this. Even if I am unsuccessful, people will know me after the elections. We have plans to spread to other European countries and want Britain to stay in the EU,” he said.
Brimming with enthusiasm, Love realises the challenge he faces. He told that even if he were to get 1 or 2% of votes, that would be a great beginning for his political party that was registered last October.
“I find that mainstream British and Asian news organisations don’t think I am a serious candidate. Of course, I am a serious candidate. They don’t understand what I represent and promise to the people of London,” Love said.
ALSO READ: 10 off-track summer destinations that you need to check out
His main promise is the issue of air pollution, which causes thousands of deaths every year. As mayor, he would ban all vehicles that run on fossil fuels and offer a structured plan for the benefit of Londoners.
For India, Love – a British citizen now – has plans for peace in Jammu and Kashmir and reunification of India and Pakistan.
He arrived in Britain as a six-year-old in 1989 and studied art and music in Surrey and California. Other than his political ambitions, he has worked in films, music, theatre and magazines.
ALSO READ: Mercedes-Benz to power vehicles with bio-diesel: Gadkari
Love himself has made some films, had a “number one hit on MTV” (not the same thing, you’ll note, as a number one hit) and has previously tried to crowdfund a mission to Mars.
Of the 12 candidates in the election, the two most important ones are Zac Goldsmith (Conservative) and Sadiq Khan (Labour), but they face some challenge from the Liberal Democrats and the Green Party.
ShareTweetGoogleWhatsappPrint
Mail