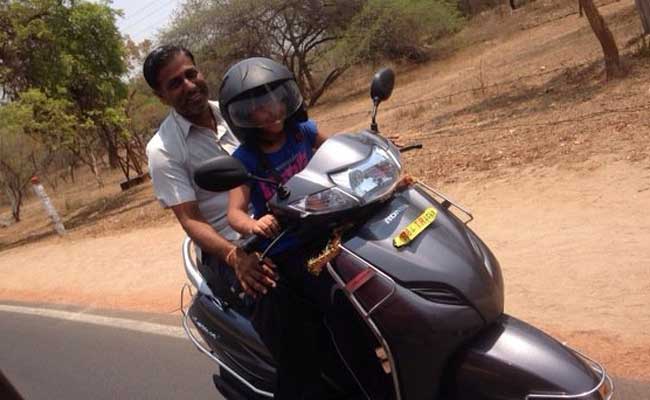 Hyderabad: After recent Delhi hit-and-run incident, there has been an outrage over minors driving vehicles and amidst all the outrage,  shocking pictures have surfaced of a seven-year-old girl riding a two-wheeler on the Cantonment road in Hyderabad with her father, Surendra Sharma.

According to reports it was revealed that the two-wheeler was in the name of one Praveen Sharma, younger brother of Surender Sharma. Praveen Sharma is physically challenged and does not have a driving license but Surender, has one.

The Hyderabad traffic cops, after hearing of the incident, said they would now prosecute the father. 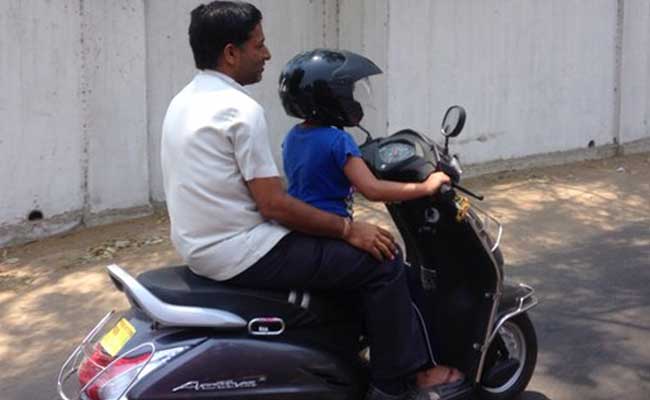 “We have the photograph. The vehicle is new and has a temporary registration. The girl is only seven and she cannot be prosecuted, only counseled. We will take legal opinion. We will trace the address and file a chargesheet,” said DCP, traffic, A.V. Ranganath.

Meanwhile when contacted, Surender Sharma said that he did not realise the gravity of his mistake.
As quoted in a report Surendra said; “Out of love for my daughter, I allowed her to sit in the front. The traffic was light. She was so happy that she did not have lunch when we learnt that we would be shown on TV. I realised my mistake only later and vow not to repeat it.”