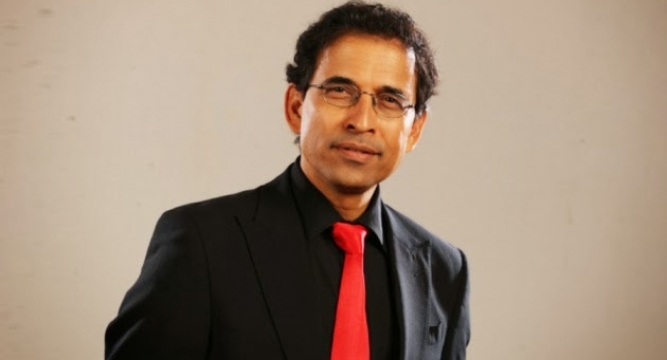 It wasn’t just Rajasthan Royals or Chennai Super Kings which the fans were missing in IPL 9. Fan favourite commentator Harsha Bhogle too will be missing from the cricket extravaganza as of now.

During the first match of the season, the veteran commentator was missing from the action. It later came to light that BCCI had terminated Bhogle’s contract without giving him a reason. This move by the BCCI and Bhogle’s absence obviously did not go down well with the cricket fans and they took to twitter to voice their disappointment.

Here are some of the tweets which clearly show that how disappointed the fans are from the board’s unexpected decision.

Harsha Bhogle’s ouster from IPL 2016 is such a despicable act. Only idiots and sycophants are managing cricket in India.

Being an avid cricket fan,will surely miss @bhogleharsha not on the Mike. BCCI think again! He is a star commentator and knowledgable too.

As much I love my girlfriend I love your @bhogleharsha voice & words you choose in commentary box.

Harsha Bhogle must be from General Category so he was dropped.

Harsha Bhogle must be feeling like that police officer, who got suspended because he did his duty honestly.

What is the message from the Harsha Bhogle unceremonious ouster? That professionals don’t survive unless they are ace-boot lickers?

IPL should get back Harsha Bhogle into the commentary box & drop Sidhu instead.
Value will go up, and more importantly, volume will go down.

Thank you very much. I am deeply moved and overwhelmed.