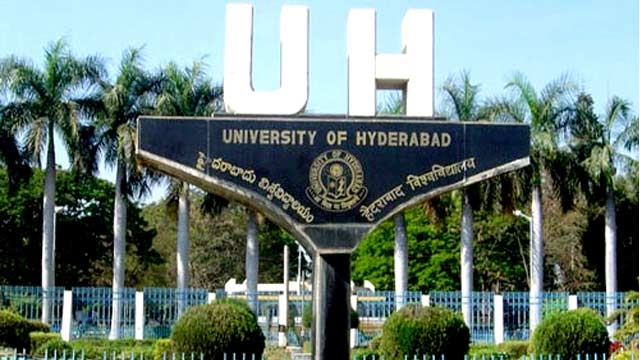 Since then, HU has booked its spot in the front page of every leading daily. There’s one person though, who’s in the uncomfortable thick of actions, so to say — Vice Chancellor Appa Rao.

Since the time PhD student Vemula committed suicide, Appa Rao has been making news. First, there were allegations against him of encouraging deep-rooted caste discrimination on campus. This, students allege prompted Rohith to take the extreme step of taking his life. Students, in fact were so angry with Appa Rao that they even held hostage for hours.

Students erupted in fresh riots on Wednesday as they demanded the removal of Appa Rao, also bringing up the fact that he has, in fact, transformed the University Campus into a jail. In their attempt to break free and push their point forward, students broke heavy security and barricades and demanded that he be sacked.

Fuelling demands for his removal is a whole new angle of plagiarism that Appa Rao has admitted to. He has apparently “cut and paste” six sentences in three research papers co-authored by him in 2007 and 2014. These parts names are Root Colonization and Quorum Sensing are the Driving Forces of Plant Growth Promoting Rhizobacteria (PGPR) for Growth Promotion and Induced Defence in Plants: A Short Overview.

Overall, it doesn’t look all too good for Appa Rao as of now.