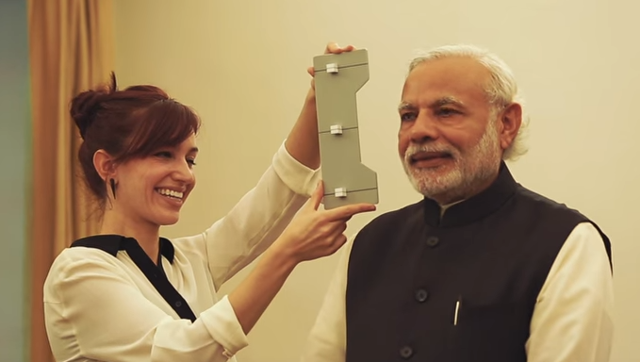 Prime Minister Narendra Modi will now have his wax statues at Madame Tussauds in London, Singapore, Hong Kong and Bangkok in April. The news was announced by the wax museum on Wednesday.

“The figures will be dressed in his signature kurta in cream with jacket and he will be featured in a traditional pose making a Namaste gesture,” Madame Tussauds said in a statement.

The statement also informed that the Modi was involved in the creation of his figure and gave Madame artists a sitting at his official residence in New Delhi this year.

The statement also quoted Modi saying, “Madame Tussauds has crafted figures of very distinguished dignitaries from around the world – how could I regard myself worthy of being alongside them? But when I was informed that your decision had emanated from public opinion and public sentiment, I was comforted. During my sitting, I observed the team had carefully and was deeply impressed by its dedication, professionalism and skill.”

“Prime Minister Modi is a hugely important figure in world politics, a position supported by his place in the top 10 of Time Magazine’s Person of the Year List 2015,” said museum spokesperson Kieran Lancini.

“His massive social media presence- he is currently the second most followed politician on twitter after President Obama – also confirms the intense interest the public has in him, a fact supported by the request our guests have made for us to create his figure,” Lancini added.

It is yet to be finalised whether Modi will personally unveil the wax statue in any of the locations or not.